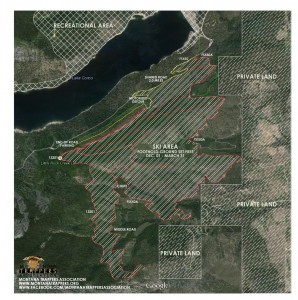 Compromising for a Cause
By angelamontana

A wise man once said “if either side is happy with the results, then a compromise was not made by both sides”…actually, it may not have been those exact words, which is why I didn’t include his name, but it was very similar to that. This could not be more true. The definition of the word “compromise”, according to merriman-webster.com, is “a way of reaching agreement in which each person or group gives up something that was wanted in order to end an argument or dispute”.

Compromising is exactly what the Montana Trappers Association, the Forest Service, Como Trails Club and Montana Fish, Wildlife & Parks did.  Originally, the issue of trapping and land access at the Lake Como Recreation Area ruffled some feathers with the Como Trails Club, as a couple of board members of the club and some skiers were not happy at all about sharing the area with certain sportsmen, specifically trappers, but when the Montana Trappers Association brought a proposal to the table and Montana FWP and the Forest Service became involved, there were no Como Trails Club members available to attend meetings where their presence was requested or to respond to emails on the topic.

After discussions in person and a handful of email exchanges among the participating groups regarding this topic, the issue was resolved.  The Montana Trappers Association proposed withdrawing all foothold trapping within the immediate Lake Como Ski Area, keeping the 150-feet setback for foothold traps in place along the outside groomed trail boundaries of the ski area itself in exchange for 550 road access that leads to unlimited trapping, hunting and other outdoor recreation opportunities on the west end of Lake Como.  The 550 road, which the Forest Service had been implementing an emergency closure on to all motorized vehicles from December 1st through March 31st since the origination of the Lake Como Ski Area, with the exception of the snowmobiles grooming the cross country ski trails, will now remain open to snowmobiles in the winter.  This is an extra three miles of access.  The Forest Service has agreed to this permanent opening with FWP and the Montana Trappers Association.  The compromise on the 550 road access not only opens doors for all sportsmen and other outdoor enthusiasts to an area that has been essentially blocked off every winter and spring for years, but it also gives the cross country skiers in this particular area the foothold trap-free ski area, from December 31st-March 31st, they desire.

This is a huge step forward for groups with opposing views, and, hopefully, we will see more compromises involving issues such as this one in the future.  Very nice work, Montana Trappers Association, and thank you for looking out for all sportsmen in the area! 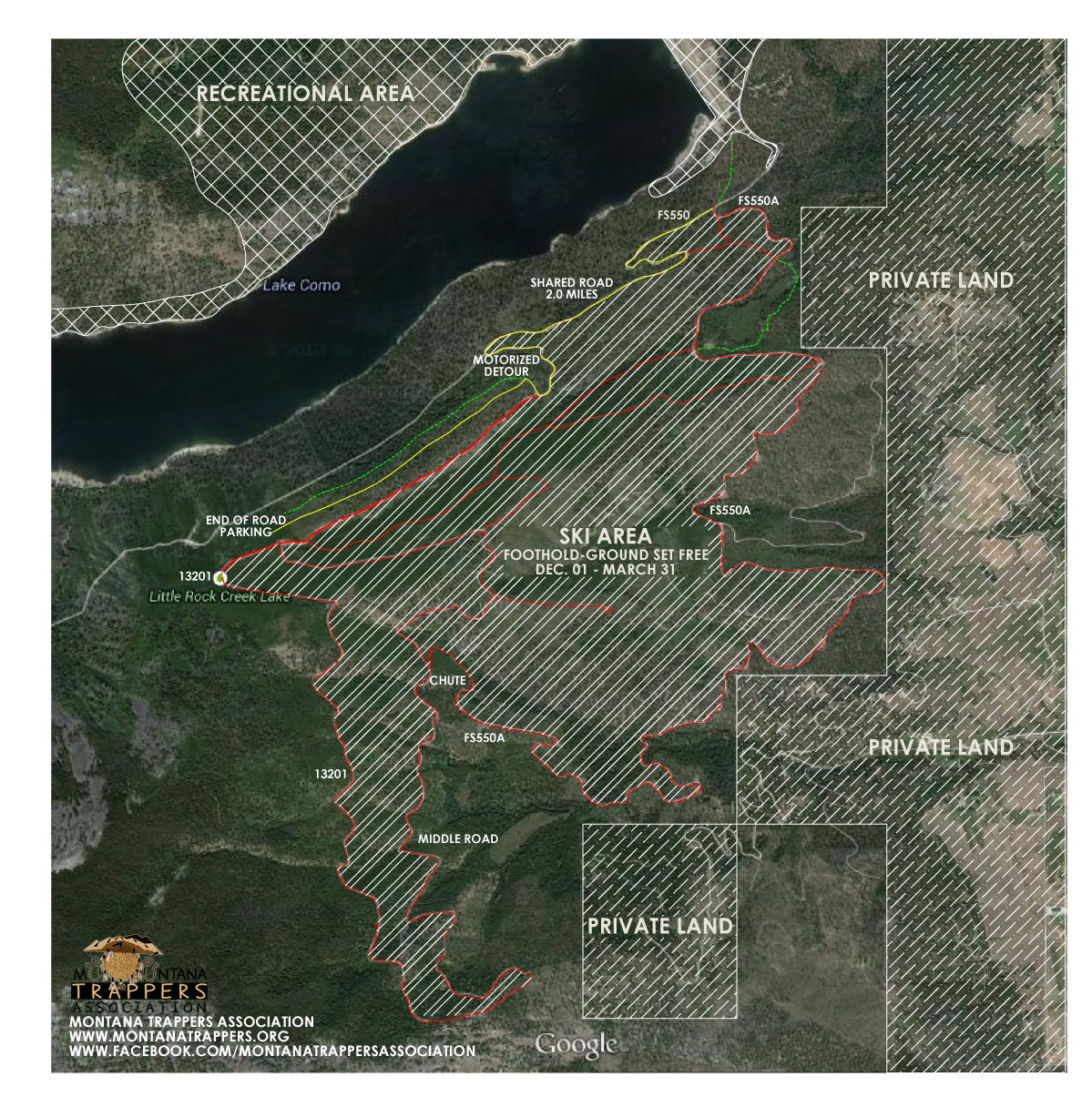