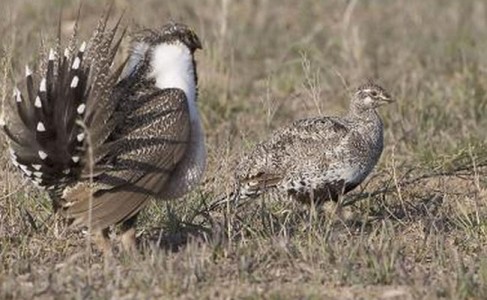 Here’s a rundown on the current status of Montana’s top upland game birds.
Gray (Hungarian) Partridge
• While no formal surveys are conducted for huns in Montana, various observations along with weather and habitat conditions suggest huns will be average to below average again this season. Observations in Regions 4, 6, and 7 suggest average numbers. Observations from Region 5 suggest numbers will be below average and lower than last year.
Mountain Grouse
• Observations in western Montana suggest average to slightly above average numbers of all species. Preliminary information from Region 5 suggests overall blue grouse and ruffed grouse numbers will likely remain below the long term average.
Pheasants
• Montana is experiencing a large decline in CRP acreage along the northern tier of the state, which may have an impact on hunting experiences in Regions 4 and 6. In this area, spring “crow counts”—where wildlife biologists travel specific routes to count and record the “crowing calls” of cock pheasants to determine population trends—were 42 percent above the long term average. Region 7 reported that populations will vary between fair to near the long-term average in good habitat. In northwestern Montana, weather in Region 1 resulted in below average numbers on the Ninepipe Wildlife Management Area. Region 3 reported average numbers for southwestern Montana. In Region 5, pheasant crow counts varied but were below the long-term average. Overall, Region 5 expects the 2014 season will be similar to last year’s season.
Sage-Grouse
• Statewide, male attendance at leks averaged 13.1 males/lek, which is 54% below long-term average and down from 14.9 males per lek last year. The continued drop is likely a function of cool, wet conditions during the brood-rearing season in 2013 which led to low brood survival. The drop in abundance was more apparent in eastern Montana; abundance estimates in southwestern Montana were stable but still below long-term average. Consequently, hunters can expect numbers to be near average to well below average in areas open to sage-grouse hunting. Preliminary reports suggest nest and brood success are excellent in 2014 which may mitigate additional declines.
Sharp-tailed grouse
• Region 6 reported fair to average numbers in good habitat. Lek surveys and other observations in Region 6 indicate sharp-tail numbers will be near the long term average across the region. General observations from Region 5 suggest below average numbers. Region 7 reported that sharp-tail populations will be near the long-term average where habitat conditions are good.
Chukar
• Region 5 reports that chukar numbers remain below average but may have some potential for improvement this year.