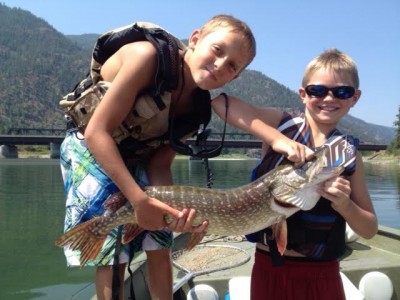 Pike on the Clark Fork: A Fishing Report from Shawn Plakke
By angelamontana

Shawn Plakke took his son, Orion, and his son’s buddy, Roman Sparks, from Allstars baseball, out fishing the Clark Fork.  The two youngins paired up after they realized they hooked a nice pike.  It was a blast for Shawn to watch as the duo took turns reeling in the fighting fish.  After about 20 minutes of fighting the pike from the weeds, they got him in the boat!  Very cool, and nice work Orion and Roman!

Also, Shawn said that the smallmouth bite is “way on”, too! He suggests that you “float inging jig off the bottom with night crawler or crawdad meat.” 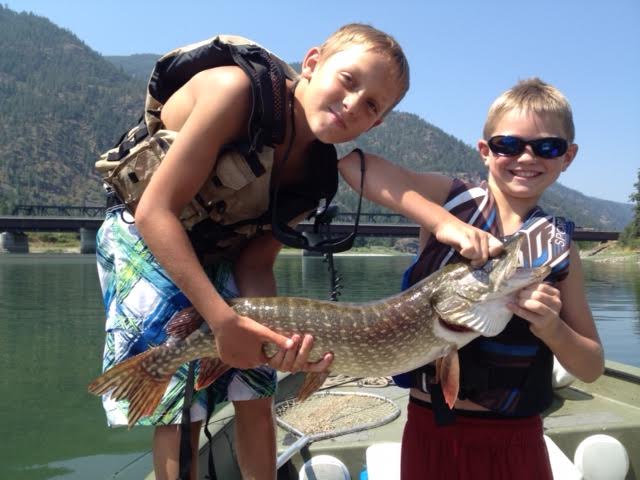