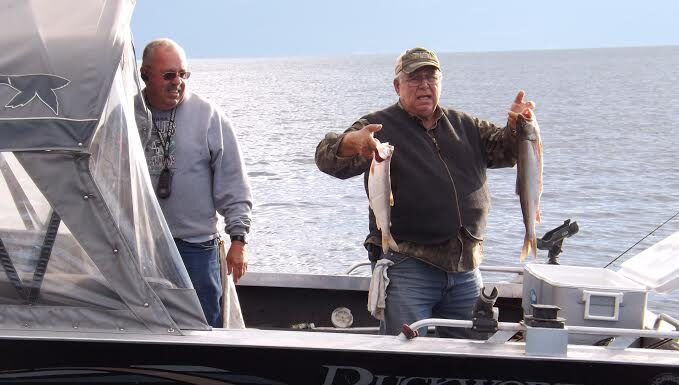 The twenty-fifth Mack Days Fishing Event began September 26th and will end on November 16th after twenty four days of lake trout fishing on Flathead Lake. The event runs on Fridays, Saturdays, and Sundays for eight weekends. Fish one day or several to enter the competition for-Up to $125,000 in Cash and Prizes-that is sponsored by the Confederated Salish and Kootenai Tribes who utilize the events as a management tool to reduce non-native lake trout in Flathead Lake. Bull trout and westslope cutthroat which used to dominate the fish populations in the lake have significantly declined over the years. Increasing the native fish is part of the 2014 Implementation Plan for the Flathead Lake and River Fisheries Co-Management Plan. You can read the plan@ www.mackdays.com and also find more information on the Mack Days Fishing Event-rules, prizes, pick up sites, bull trout identification, entry, etc.

A total of 897 lake trout entries were turned in during the first weekend of lake trout fishing. There are two hundred and ninety anglers entered in the event. Entries are taken until the last day of the event and there is no entry fee.

Debra Pike of Kalispell has a total of 20 and is leading the ladies with Laurie Kreis of Huson second with 19, 3rd– Gina Schiff-Kalispell-9, 4th-Susanne Albrecht-Polson-7, and 5th place is Susan Reynolds-Hamilton with 5.

No youth anglers turned in entries over the first weekend of fishing. 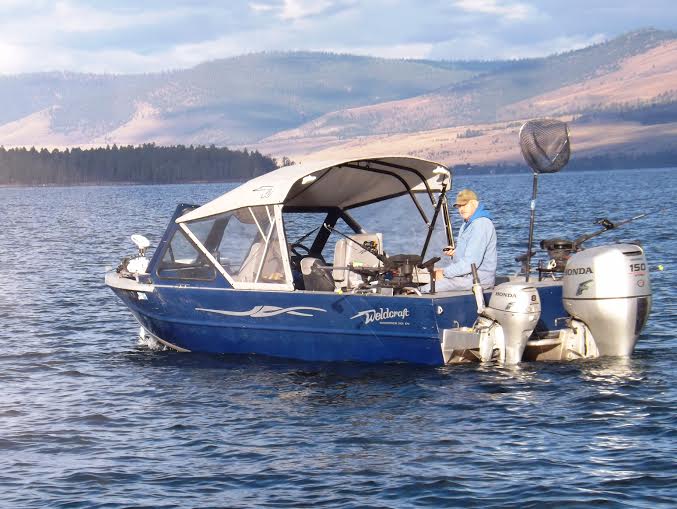 Smallest lake trout entry was turned by Felix Gauci with a 232mm or 9 ¼” entry and another in second place at 241mm was entered by John Gauci. No large lake trout entry so far in the event.

The Golden Oldie category-70 & Over-is led by Larry Karper with 57, 2nd-Glenn Hoffman-Missoula, 3rd-Jim Hoover-Whitefish-13, 4th-Bernd Albrecht-Polson-with 9, and 5th-Susanne Albrecht-Polson-7, 6th-Jerry Luderman-Whitefish-5. The angler with the distinction of “most experience by number of years and maybe most experienced shore angler” is Stanley Tattle of Polson. Ninety eight years young and still fishing-reported to be catching fish and having fun-and has turned in several lake trout during past years of the event. He will be the first to know when the lake trout start coming in shallower to the docks in the fall.

Weather reports for the second weekend are sounding good. Always be aware of weather when fishing the lake. Have all safety equipment on board and wear your PFD-personal floatation device.