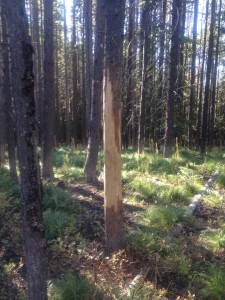 Snake Bit (by Trevor Johnson of Kit’s Tackle)
By angelamontana 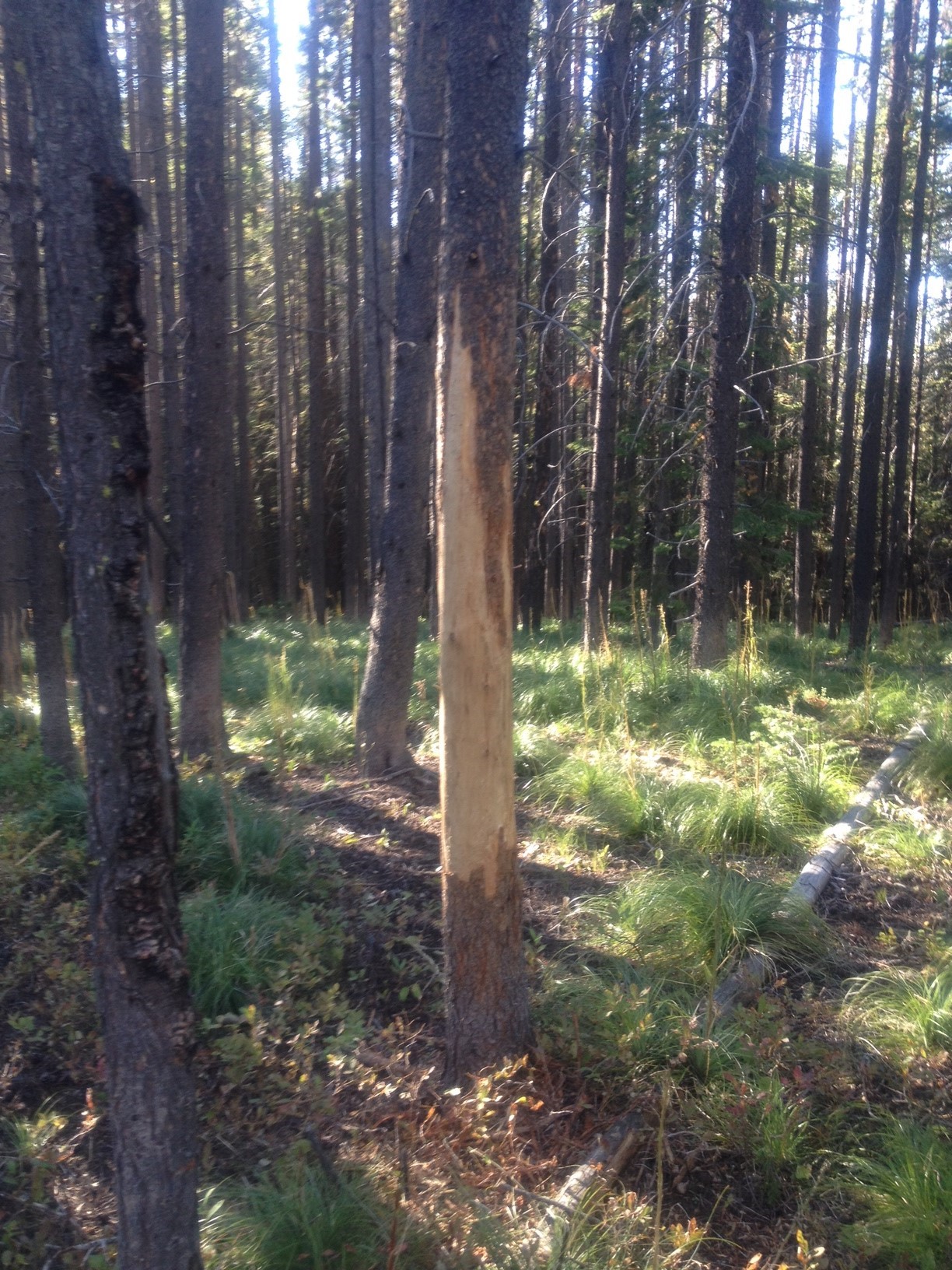 The mega toad left me this nice little token to remember him by…lol!!

I had just returned from what most would call the craziest trek through the mountains ever and with destroyed muscles and aching bones I was thirsty for more!!  I sprawled out in a nice grassy clearing and dozed off into dreamland for a couple hours.  Waking up to constant bugles that were either in my mind or in the trees…this is the place I am most free and the most alive.  Nature is the most enchanted and surreal place there is.  And when it can’t any better, a bull elk starts screaming his head off.  And that is exactly what happened to me…

Waking up from my nap with ants all over me and birds singing a lovely melody I brushed off the grit and rounded myself up.  Standing up after a long morning hunt followed by a mountainside nap, my legs were a little weak and wobbly.  Just takes a few more miles to warm them back up along with a couple packs of GOO and a few slams of water.  I started up a ridge into the unknown for a nice afternoon hunt.  It was about 4:15 pm and I decided I would try a bugle to locate a bull.  After letting my wallop out, I waited patiently for an answer from my testosterone filled friend.  To no avail, I was about to put my pack back on when I heard a stick break.  Just like walleye fishing folks, if you think it could be a bite you always set the hook.  If it might be a bull coming in you should always set up just in case.  Low and behold I saw the white ghost sneaking down the ridge towards me.  I could not tell how big he was, but I could see the sun gleaming off his antlers.  Taking a deep breath and thinking to myself…THIS SH*T IS JUST TOO COOL!!  I drew my bow and waited for him to appear through the trees…out popped a gorgeous 4×5 wacky horned bull and he walked at 15-20 yards and stood broadside to me.  After fake shooting him, I let my bow down and it made him jump.  The little bugger continued to investigate the scene so I got out my phone and shot a quick video of him.

When he finally decided there was no other elk there to entertain him he decided he would gallop off.  Thanking the lord for the incredible encounter I slowly meandered further up the ridge to the big connecter ridge.  Having walked well over fifteen miles already, I was the most hungry I had ever been so I decided to make it to the big ridge and then absolutely destroy my entire food supply.  Burning so many calories, it makes a guy ravenous and I let the food have it.  I first devoured a couple fig newtons followed by an epic jalapeno sausage submarine sandwich and for dessert I punished a king size snickers bar.  It was a feast fit for a king and after half a bottle of water to wash it all down I felt quite rejuvenated.  After sitting for a while and reliving my day, I decided to pack it up and start the hike back out.  Getting to a high point on the big ridge, I decided to let an evening bugle ping across the distant ridges.  Before I could finish my thunderous squeal I was immediately answered by what sounded to be a decent bull.  He didn’t have that gnarly raspy epitome of the monsters I dream about, but hey, I was already on a roll for the day.  And I have now gathered from my experiences in the woods that it is hard to tell a bull by its bugle.   The loudest raspiest gurgling beast of a bugle I have ever heard came from a 300” inch bull I shot the year I broke my leg in the Scapegoat Wilderness.  Not that a 300” isn’t an incredible bull, but I was thinking it was a true mega toad.  Anyways, thinking this bull would be a nice five point I set up and went to work.

The next thing I knew the forest came alive with elk and there was a herd of cows getting pushed my way.  By the sheer number of cows I thought hmmmm…this could be a better bull;  although I have seen the big heard bulls in this country max out around 280’’ so I didn’t get too excited.  Then, like watching an eighteen pound walleye come to the net, I saw what I’ve only seen in my dreams.  There, pushing his cows through the timber jungle was the biggest bull I had even seen.  He was absolutely monstrous, I mean so freakin’ huge that I have no idea how he could live in the timber.  His giant antlers swayed from side to side as he weaved through the trees.   Hanging up at about a hundred yards, I had a couple minutes to admire him…he was a perfect typical 7 point and he was huge everywhere.  Keeping my cool, I let out another bugle and he started in.  It seems to me that one in million bulls will pull away from their cows but I caught this guy on the right day.  I credit him leaving his cows to the full moon and the early season.  He had not been dinked with by man and had been up all night partying with his he harem.  Since it happened so fast, like it always does, I realized I was in the thickest craphole I could be in.  Between the down fall and dried and dying bear grass I quickly looked for any type of shooting lane.  They were few and far between to say the least.  He hung up again at about sixty yards and it was so thick I could just see his antlers.  Finally he kept coming so I drew my bow…I now had the biggest bull of my life under 40 yards and I had absolutely nothing to shoot at except antler or at the side of his neck.  Keeping my cool, I patiently waited for him to come about ten more yards to a small shooting lane.  After a about a minute I knew it was not going to happen so I slowly leaned to the side to try and make a shot possible and he immediately knew something was wrong.  Then, faster than it happened…he was gone.

As painful a memory as this is, it was still amazing to see a 350-370” bull on national forest in my Helena, Montana backyard. I have been close so many times and it just doesn’t come together for me.  And I am here to tell ya, I am an oak, I don’t get nervous and I get things done.  But when it comes to hunting big bulls…I feel pretty snake bit!!  So with the poison running through my veins I am back at it this afternoon.  Dad and I will be heading into the Scapegoat wilderness and you can bet WE WILL BE WEARING OUR SNAKEPROOF BOOTS;)