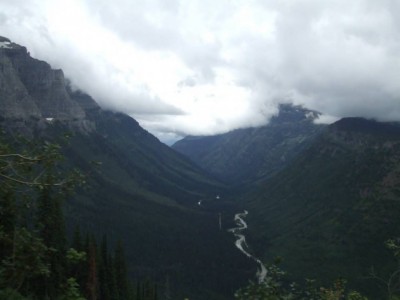 As if the government doesn’t have plenty of other things to screw with, they are now looking to fine people for taking pictures while on USFS land. It is the most ridiculous thing that I have heard all day. Beginning in November, The U.S. Forest Service is looking to require journalist to pay $1,500 for a permit in order to photograph in the forest. If they refuse, it could mean a $1,000 ticket.

According to Eric Vilas-Boas of Esquire

New rules being finalized in November state that—across this country’s gloriously beautiful, endlessly photogenic, 193 million acres of designated wilderness area administered by the USFS—members of the press who happen upon it will need permits to photograph or shoot video.

It infringes upon the First Amendment. There’s no reasonable way to enforce it. The U.S. Forest Service have failed to cite real-life examples of why it’s needed. Above all, the spirit of the rules would limit our understanding of these beautiful spaces with which we’re supposed to co-exist.

Today the Forest Service tweeted this video. It’s beautiful: a PSA specifically meant to connect tweens to nature, “ultimately creating a lifelong interest in spending time outdoors.” Who knows if AdCouncil, which produced it, paid $1,500 for a permit, but that money would prevent a lot of people from doing so