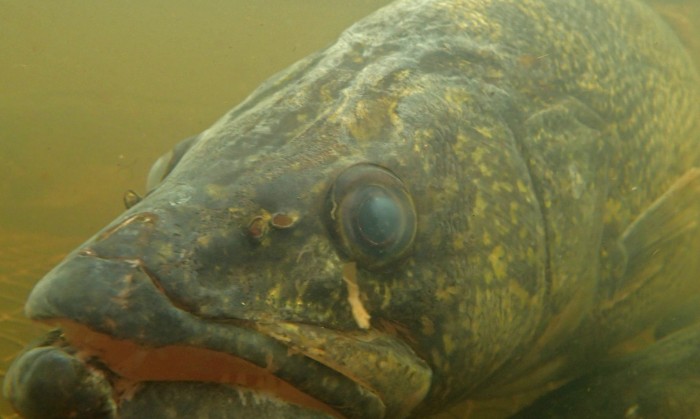 The discovery was made in September when an FWP fisheries crew netted three walleye. The reservoir is a popular perch and rainbow trout fishery.

The walleye were aged at 6.5 and 7.5 years. No walleye had been sampled from Bynum since 2003, the last year they were stocked there.

When examined under a microscope using ultraviolet light, one fish showed it was marked at a state hatchery in 2008. The closest walleye population with marked fish stocked in 2008 is Lake Frances near Valier. FWP fisheries staff suspects someone illegally moved the fish from Lake Frances to Bynum in the past year.

Bynum had been a walleye-perch fishery and was stocked with walleye from the mid-1980s to 2003.

Fluctuating water levels in Bynum resulted in inconsistent fisheries from the late 1990s through 2007. FWP even closed the reservoir twice to protect the fishery.

State law makes it illegal to introduce or transplant fish in any Montana pond, lake, stream or river unless authorized by the Fish and Wildlife Commission. Penalties can include fines ranging from $2,000 to $10,000, loss of fishing, hunting, and trapping privileges, and liability for the costs to eliminate or mitigate the effects of the violation.

Anyone with information on who introduced walleye into Bynum should call 1-800-TIP MONT. Callers need not identify themselves and may be eligible for a reward up to $1,000.

Angler groups from across Montana have come together to increase the reward to $4,250 and Montana Trout Unlimited has pledged an additional $10,000 for information leading to conviction for illegally introducing fish.

FWP fisheries staff will conduct a follow-up investigation in the coming weeks to determine if more walleye are in Bynum.