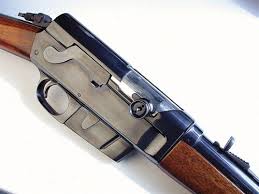 After looking at some of the simpler rifle designs, let’s take some time to study semi-automatic rifles. For brevity’s sake, we’ll often refer to them simply as semi-autos.

A semi-auto is a rifle that fires one round with each press of the trigger. The gun may be recoil or gas operated. When the gun is fired and after the bullet leaves the barrel, the spent cartridge is ejected, the action is recocked, and a fresh cartridge is inserted into the chamber. This process can be repeated until the magazine is emptied. I want to make a very important point, SEMI-AUTO RIFLES ARE NOT MACHINE GUNS! They fire only one round with each press of the trigger. There are some not so gun friendly folks who often try to equate semi-auto rifles with machine guns in an attempt to scare the uniformed and sway opinion through such disinformation. Don’t buy it.

The first semi-auto rifle was invented by German Ferdinand Ritter von Mannlicher, a name many firearms enthusiasts will readily recognize. The Model 85 (debuted in 1885) and was followed by the Models 91, 93, and 95; all semi-auto designs. 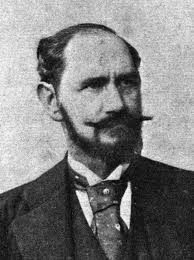 Winchester introduced its first semi-auto rifles in 1903 chambered in .22 rimfire, followed in 1905 with a center fire gun. Both models were blowback operated and designed by T. C. Johnson. Winchester upgraded the Model 1905 to the Model 1907 and chambered it in the fairly powerful .351 Winchester. 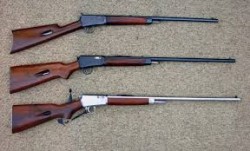 Only the Model 1903 could be considered a commercial success, and it stayed in production until 1932 when it was replaced by the Model 63. 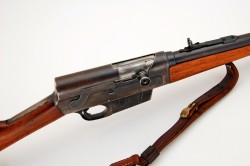 In 1906 Remington introduced the Remington Auto-loading Repeating Rifle. This innovative new gun was designed by guess who? John M. Browning of course. In 1911, the gun was renamed the Model 8. It was a locked breech, long recoil operated rifle that was eventually chambered in .25, .30, .32, and .35 Remington. The Model 8 was extremely popular in the civilian market and gained quite a bit of traction with law enforcement with its power and good handling characteristics. The gun was also manufactured and marketed by Fabrique Nationale (FN) of Belgium. Remington marketed the Model 8 in America and FN in Europe as the Model 1900. Bright shooters the Americans; they bought about 80,000 of the Remington rifles, while FN only managed to produce 4913 Model 1900s for sale in Europe.

The French military was the first to embrace the semi-auto rifle when they adopted the Fusil Automatique Modele 1917. The rifle was a locked breech, gas operated design that saw action in the later stages of WWI. While it was not well received by the troops, its successor, the M1918 proved to be a very serviceable rifle in the Moroccan Rif War of 1920-1926.

Next post, we’ll look at more modern semi-auto rifles, including “…the greatest battle implement of all time” which has a lot in common with the French M1917.