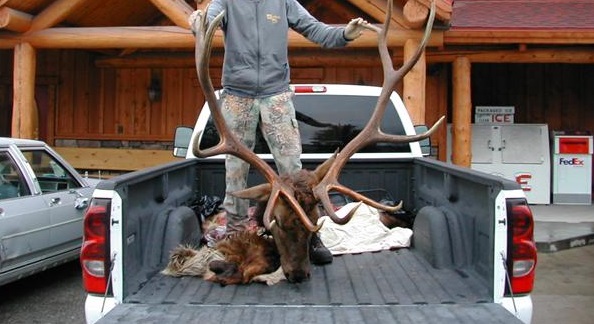 The latest decision by FWP to drop plans for legislation that would make the names of hunters and trappers who harvest wildlife confidential in Montana has reached several media outlets across the country.  Here are the details on the issue that made it all the way to the Charlotte Observer’s website in North Carolina:

HELENA, Mont. Montana wildlife officials are dropping plans for legislation that would make confidential the names of hunters and trappers who kill wildlife, a Fish, Wildlife and Parks spokesman said Wednesday.

The agency had planned to propose a bill in the 2015 session to bar disclosure of identifying information about hunters or trappers that take any kind of game animal, furbearer or other species under the department’s management. It would have expanded an existing law that already gives confidentiality to hunters who kill bears, mountain lions or wolves in the state.

FWP spokesman Ron Aasheim said the proposal had generated positive and negative reactions, but the agency decided to drop it because of more important issues in the upcoming legislative session.

The state agency tabulates information such as the name and address of the hunter or trapper and the location of the kill. That information is now available under the state’s right-to-know laws, with the exception of hunters who take big game.

That exception does not include trappers. Toby Walrath of the Montana Trappers Association did not immediately return a call for comment about FWP’s decision.

FWP considered expanding the bill to include trappers and all wildlife under FWP management after some hunters and trappers claimed they were being harassed by people who had obtained the information, Aasheim had said previously. They agency could not say how many complaints had been received or provide specific examples.

The Montana Newspaper Association had been in talks with FWP officials about removing the proposal from the agency’s list of requested legislation. Association executive Jim Rickman said he respects that FWP officials are addressing the concerns of sportsmen, but he opposed what would have been a restriction on public information.

“It was going to be an infringement on the public’s right to know,” Rickman said. “Anything that takes transparency issues in a reverse direction, the association is typically opposed.”