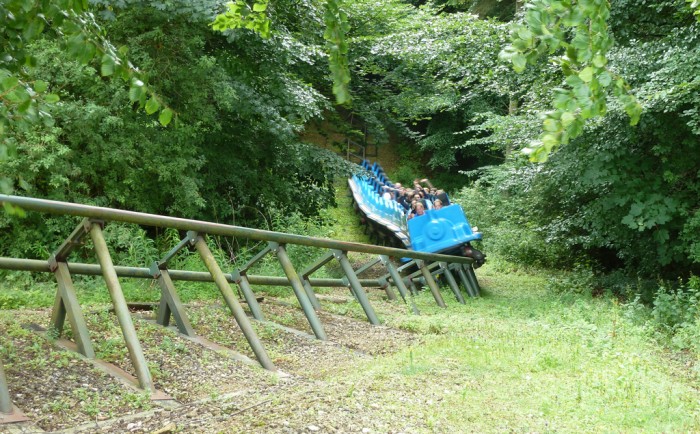 Apparently, a young deer was hit by one of the carriages, which travels for a whopping seven minutes at speeds of over 50mph, and was decapitated, killing the animal instantly, leaving a bloodbath in its wake.  No people were injured, but I imagine their clothes may be stained.  Talk about an unforgettable ride!   They may want to consider hunting at the park, as this is the second time a deer has been hit on the ride since it first opened in 1991.

Take a look at the video below to get a better feel of just how fast this ride is and how long it is: