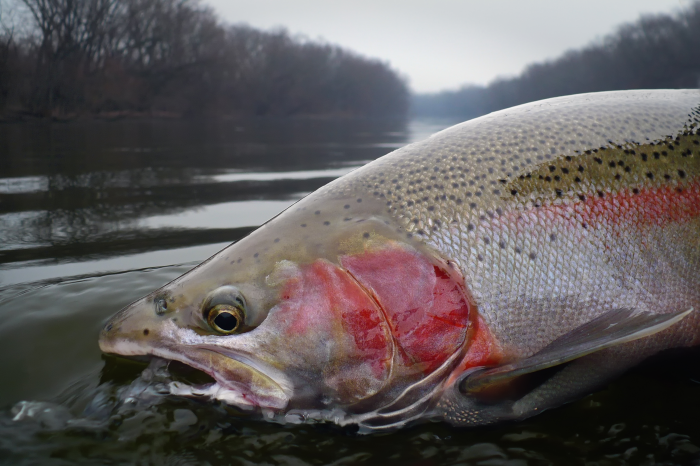 Steelhead Report for the Salmon River in Idaho (10.12.14)
By angelamontana

Heading to the Salmon River to catch some Idaho steelhead?  Here’s the latest report:

The Salmon River is currently running near 1,200 cfs through the town of Salmon with good visibility. The water temperature has been in the low 50s for the past couple of weeks, but with colder weather moving in it should begin to drop into the 40s. 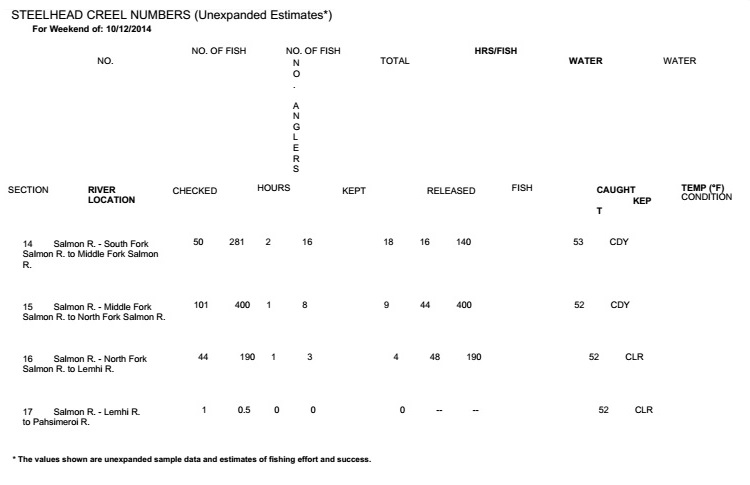