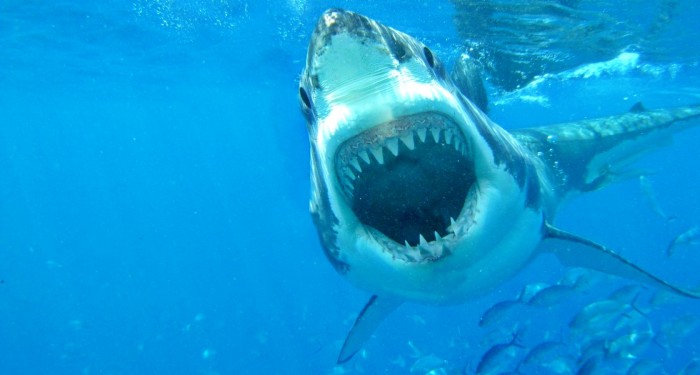 Vacationing in California? Beware of October Shark Attacks!
By angelamontana

“Area surfers might note that this marks the third October attack on Vandenberg Air Force Base beaches since 2010. (The public is allowed on VAFB beaches.),” was posted in a recent article on grindtv.com.  Although it is not clear why October seems to be the month for shark attacks at the Vandenberg AFB beach area, which is approximately 130 miles north of Los Angeles, it is still worth noting if you plan on getting in the water in that area this month.

On October 22, 2010, a shark attack claimed the life of 19 year-old University of California student Lucas McKain Ransom who was bodboarding.  On October 23, 2012, Francisco Javier Solorio was fatally bitten by a shark while surfing with some friends.  Just yesterday, on October 3rd, a surfer was bitten by a great white shark in that same area, but he was fortunate enough to survive the attack.

The pattern for shark attacks in this area seems to be every two years.  It is known that this is the time of year that “adult great white sharks begin arriving along the coast after spending months offshore”, and because they typically feed on seals an sea lions, scientists hypothesize that the sharks mistake the surfers for their regular prey.  Because most of the shark attacks involve one bite supports this theory.  So, who really knows…

Just make sure you are careful if you are planning a vacation down there, as we don’t want you to become a statistic!