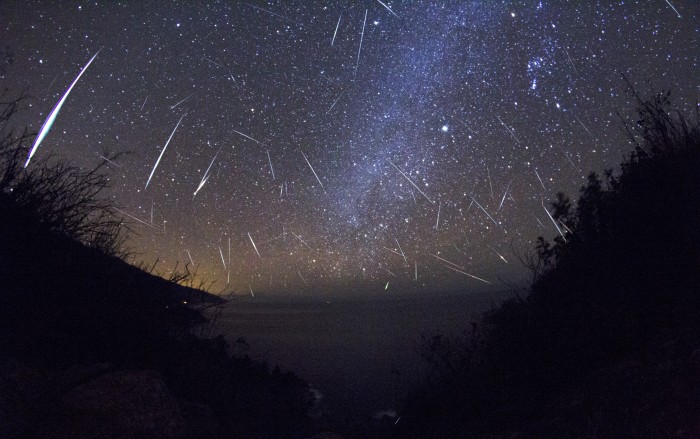 Have you wondered what Halley’s Comet looks like because you missed it back in 1986?  Well, TONIGHT , according to a recent post from farmersalmanac.com, if you get outside to an area without any light pollution, you will be able to see the annual Orionid metor shower, which is actually caused from debris from Halley’s Comet.  The comet will return to Earth in 2061.

Debris in the orbit of Halley’s Comet is encountering the Earth’s atmosphere right now, and the meteors, which are vaporizing bits of comet ice and dust, will look like “streaks of light in the night sky”.  Many refer to them as shooting stars.

The meteors are called Orionids because they seem to emerge from the constellation Orion.  The best timeframe for viewing a meteor shower is from 12am-5am.  So, set your alarm, and be prepared to be awed!