“A Royal Rifle” with Colonel Smoothbore
By angelamontana 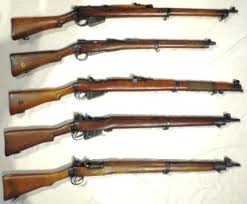 ook at the Lee-Enfield rifle family. 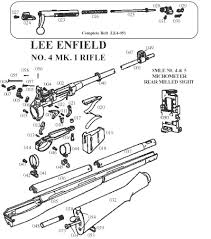 Perhaps Lee’s most important design was his magazine system that allowed rapid recharging of a rifle. It worked with just about any of the centerfire cartridges of the day and when 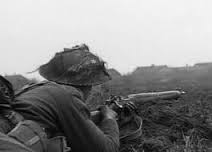 combined with his bolt design and the rifling design of William Metford, a star was born. The Lee-Metford rifle was adopted by the Royal British Military in 1888. An improved design of the rifle, the Lee-Enfield replace the Lee-Metford in 1895. The Lee-Enfield in its various configuration was the main British battle rifle through both World Wars, and other British engagements around the globe until 1957. The very common Small Magazine Lee Enfield (SMLE) is one of the great battle rifles of all time. It was reliable, simple, very strong, and served the British with great distinction.

The Lee-Enfield design’s greatest difference from the Mauser and Mosin rifles are its rear locking lugs. Also, like the Mosin, it has a replaceable bolt head. While it is strong enough to handle the dangerous game magnums, even the extremely powerful .50 BMG, it does have some liabilities. Th

e biggest is due to the location of the locking lugs on the rear of the bolt; the receivers tend to stretch after many repeated firings resulting in headspace problems with the guns. This is easily remedied with the installation of a new bolt head. The rifles are chambered in the very fine .303 British cartridge and are quite of referred to as a “303.”