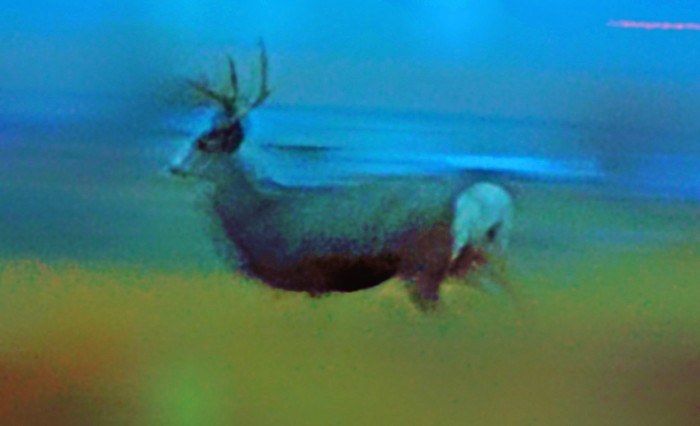 Deer totals at the Bonner hunter check station show 132 white-tailed deer so far, which sets a record for this time of the season at Bonner since 2009. Mule deer checked through Bonner are up 50 percent from last year and 16 percent above the four year average.  An elk harvest of 31 through the Bonner station is 18 percent lower than this time last season and 40 percent below the four year average.

Hunter participation tallied at the check station near Anaconda remained solid, with 929 hunters checked, up 7 percent from last year, but 4 percent below the four year average.  As with the other check stations, the elk harvest of 29 checked through Anaconda is down—17 percent lower than last year and 28 percent under the four year average.  Relatively few deer are normally checked at Anaconda, and the totals of 15 mule deer and 7 white-tailed deer are on par with previous years.

While the low elk harvest through the first three weekends reflects mild weather at the start of the hunting season, increasing snow and the predicted cold temperatures this week should begin moving some elk from the high country and accelerate deer rutting activity. The general rifle season for deer and elk runs through Sunday, Nov. 30. 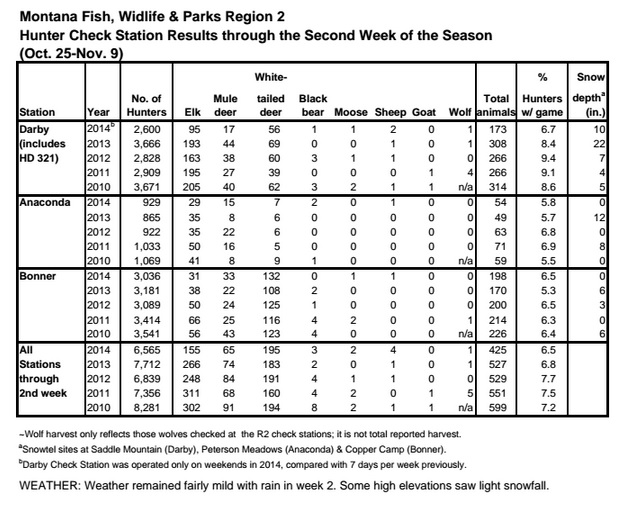