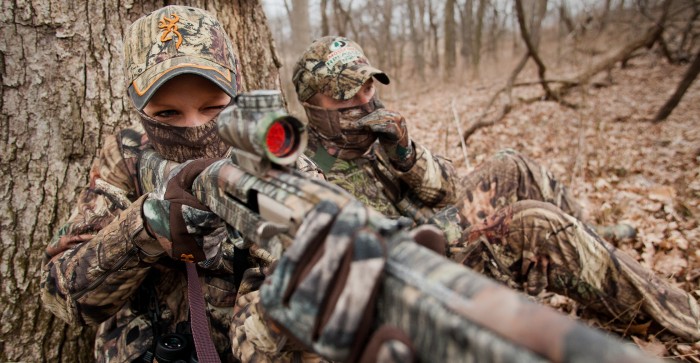 REGION 7 CHECK STATION UPDATE: Third Weekend of 2014 Season Worth the Effort
By angelamontana

Miles City — Colder weather in southeast Montana did not seem to limit the number of hunters who went to the field during the third weekend of the 2014 general big game season.

Despite snow, wind and falling temperatures the number of hunters and harvested animals were about what was expected. Many hunters reported that rutting activity among deer is picking up dramatically, but isn’t quite yet into full swing.

At the Fish, Wildlife and Parks Ashland check station, FWP wildlife biologist Ryan DeVore reported that 68 hunting parties travelled through his station with a 32 % rate of successful harvest, which includes 1 antelope, 5 elk, 33 mule deer bucks and 6 white tailed deer.  “Most folks are really happy with the amount of game they are encountering. Hunters were reporting quite a few deer and a fair number of the hunting parties observed elk.”  DeVore also remarked that numerous younger mule deer bucks (2.5-3.5 years old)  ”had very good antler growth for their young age, likely in part due to the abundant forage this year.”

The 108 hunters who stopped at Hysham had harvested 5 antelope, 28 mule deer, 12 white-tailed deer and 0 elk. 57% of the total hunters were successful in taking game, with 49% of big game and 89% of bird hunters harvesting animals.  Steve Atwood, FWP wildlife biologist commented that some “really nice deer” were harvested.  “Forty percent of the mule deer bucks where 4×4 or better.” Once again, hunters reported seeing adequate number of the species they were targeting and many hunters from the southeast corner commented on the number of mule deer does observed.