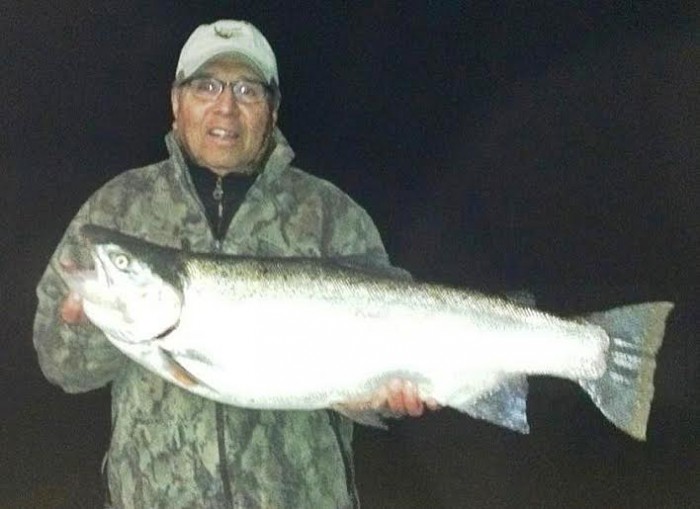 Since Phil Gonzales landed a huge 22.4-pound rainbow trout below Fort Peck Dam last month, he’s taken some ribbing and countered some doubters. Gonzales has been fishing long enough to know the difference between a trout and salmon. He’s landed every species of salmon, in fact. And he’s not the kind of guy to take a photo with a big mounted fish just to say he caught one. He’s fished too long and worked too hard to tarnish his credibility. There is a twist to his big fish story, though. Gonzales has been fly fishing for years. He used to own the Bighorn Lodge on theBighorn River. But he caught the big 22-pounder after he switched to a spinning rod in the last moments of a long day after his fly line got tangled. He couldn’t release the fish because it had swallowed the treble-hooked lure too deeply, yet he said the rainbow was in amazingly good shape – bright and with no wear on its fins.