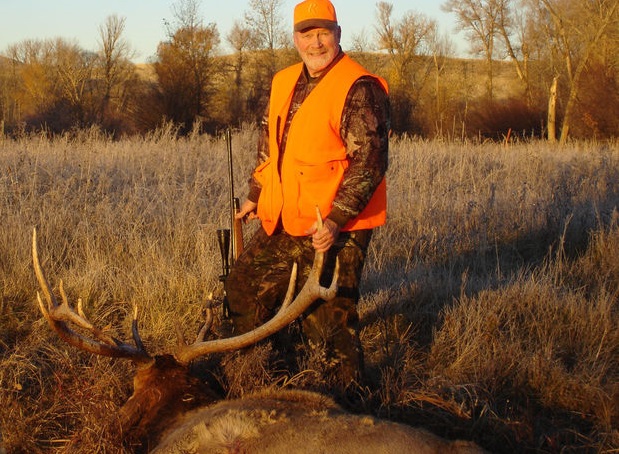 Jim Latvala, a 65 year-old fishing guide from Minnesota, shot a nice six-by-six bull elk on the opening day of Montana’s rifle season while hunting near the Shields River in Region 3 with his older brother, 71 year-old Montana resident, Warren Latvala.  “It was the first time we actually got to hunt together, and me taking this bull, we were elated, euphoric, in la-la land,” Jim Latvala said in a telephone interview with the Billings Gazette.

Jim’s excitement didn’t last long, as he ended up being cited by an FWP game warden, who approached him with a TV show videogropher, for taking too long to tag his elk.

Take a look at this excerpt from the Billings Gazette:

That feeling soon soured when a Montana Fish, Wildlife and Parks warden, followed by a TV show videographer, approached Latvala as he was gutting the bull and asked to see his nonresident elk tag. Latvala said it was then that the warden told him he had a good chance of losing the bull because he hadn’t tagged it immediately, as Montana regulations require.

Latvala said in Minnesota it’s not necessary to tag game until it’s going to be moved. He was also busy figuring out with his brother how to haul the elk out of the swamp where it had died and had to wade across the water to get to the bull.

“If you read the statute it says you must immediately validate the tag,” said Joe Knarr, FWP’s Region 3 warden sergeant. “If it doesn’t say ‘immediately,’ then you may define immediately different than me.”

FWP’s concern is that if a tag isn’t notched right away, a hunter may pocket it to use it again on a different animal.  (click here to read full story in Billings Gazette)

Warren Latvala believes that the warden felt pressured to cite his brother because of the cameraman who was filming for the TV show “Wardens”.  The charge was dismissed by the Park County attorney, Nels Swandal, and Jim was told he could pick up the elk head, but the meat had been given to a local food bank.  This was disappointing to Jim, as he said that meat would have lasted him for two years, and he would never pay $2,000 to “come back with the head of a bull”.

What are your thoughts?  Was Jim Latvala’s citation justified, or do you agree with Warren Latvala in that the cameraman’s presence pressured the FWP Warden to issue a citation?