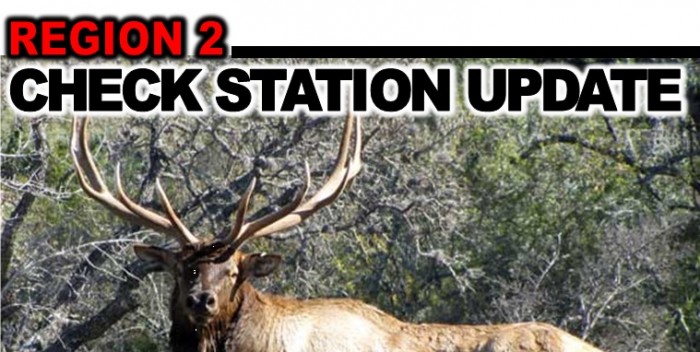 The Bonner Check Station is Montana Fish, Wildlife & Park’s bellwether for whitetail harvest in Region 2, where the season total of 382 was the highest since the 2010 season, and 7 percent above the four year average, despite only tallying 6,108 hunter-trips, down 10 percent from the four year average.  When elk, mule deer and other harvests are included, the Bonner check station logged 8.1 percent of hunters with game, the highest harvest rate since 2010.

Elk harvest began slowly in Region 2, but by season’s end approached last year’s totals.  The tally of 51 elk at Bonner was 47 percent below the 4-year average, but came within five elk of last season’s harvest.  At Darby, hunters checked 161 elk on the weekends this season, only four animals off last season’s pace, and Anaconda’s tally of 41 elk differed by five from last year.

Liz Bradley, who succeeds Vickie Edwards as the FWP wildlife biologist for the Missoula Valley west to Lookout Pass, operated a check station at the mouth of Fish Creek during the last weekend of the hunting season, checking 296 hunters with four mule deer and 25 white-tailed deer.  This compares with 340 hunter-trips, three mule deer, 20 white-tailed deer and one elk checked at Fish Creek in the closing weekend at Fish Creek last season. 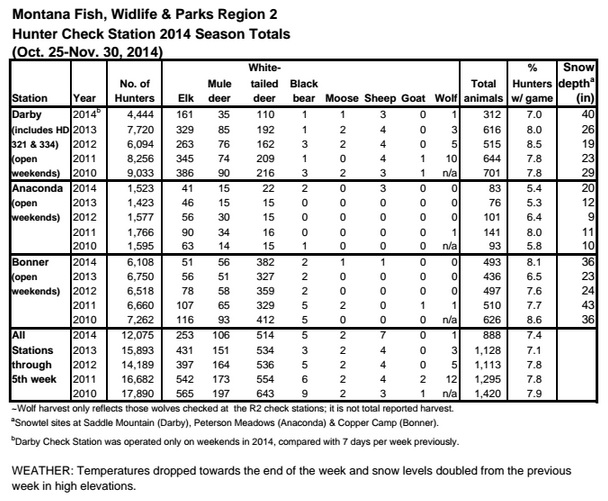