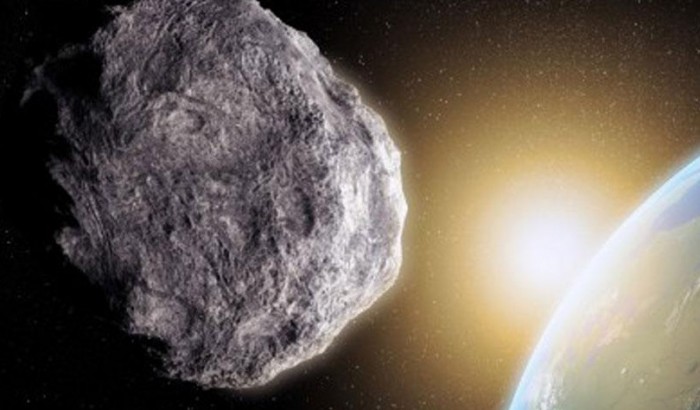 Asteroid 20014 BL86 will “sweep past the Earth at a distance of 1.2 million km [745,645 miles]–three times the distance of the moon” today, on January 26-27, according to iflscience.com.  This particular asteroid is “gaining attention” a bit more than others that have passed closer due to its massive size and brightness.

What makes 2004 BL86 (also known as 357439) stand out is the combination of closeness and size. With a length somewhere between 1300 and 3000 feet, it’s passage will be the closest approach of anything in a comparable size until 2027.  But, it won’t be able to be seen with the naked eye, so get your telescopes and binoculars out to view this one, assuming the sky is dark. You will also be able to watch it online by clicking here, for those interested.

Peak brightness will occur around 4am Greenwich Mean Time, at which point it will be visible over Europe, Africa and most of the Americas. Eastern Asia and Australia will get a chance to see the asteroid several hours earlier at closest approach. Being in a less favorable position for reflecting sunlight, it will be around a magnitude fainter at this time.

Many doomsdayers and preppers are taking this asteroid’s travels so close to the earth as a sign of the “forthcoming apocalypse”, regardless of its orbit being mapped “accurately enough to be entirely confident it will pass at a safe distance both this time and for millennia to come”.  If the unlikely did occur, and the asteroid did hit the earth, it would do plenty of damage, however not necessarily “dinosaur-killer class”.  However, the effects of an asteroid of this size impacting the earth would be felt worldwide via “global firestorms, acid rain and an impact winter, possibly followed by a longer period of enhanced Greenhouse Effect.”  Tsunamis generated would be devastating even thousands of miles away from impact in the event of an ocean landing.