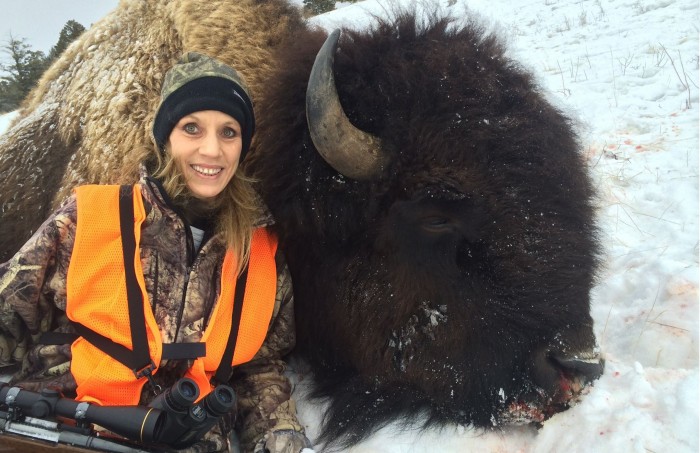 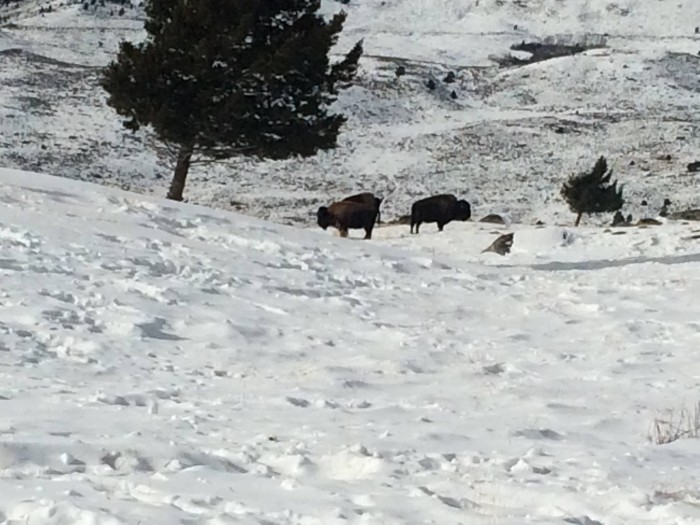 Chrissy Fish had a great weekend, as she bagged a bison on Sunday!  Although Chrissy is no stranger to harvesting other big game animals, this was her very first bison hunt.  Her tag was good for HD 385, near Gardiner.

Chrissy and her husband, Carlton, headed to the area, from Helena, under the impression that, because she was one of 20 hunters drawn for the tag, the hunting pressure would be minimal.  Unfortunately, that was not the case, as it ended up that there were at least 100 tribal hunters that were also after the buffalo in the same area at that time.  However, Chrissy was not deterred.

About an hour before dark on Saturday, Chrissy and Carlton spotted a group of bison about a mile and a half off the road, so they planned a stalk for early the next morning.  “We got there 1/2 hour before light this [Sunday] morning and headed out on the stalk,” Carlton said.  “We spotted four bulls up high on the same ridge as the night before, and we stalked in to 215 yards when the bulls started getting nervous–so we decided she should take the shot.” 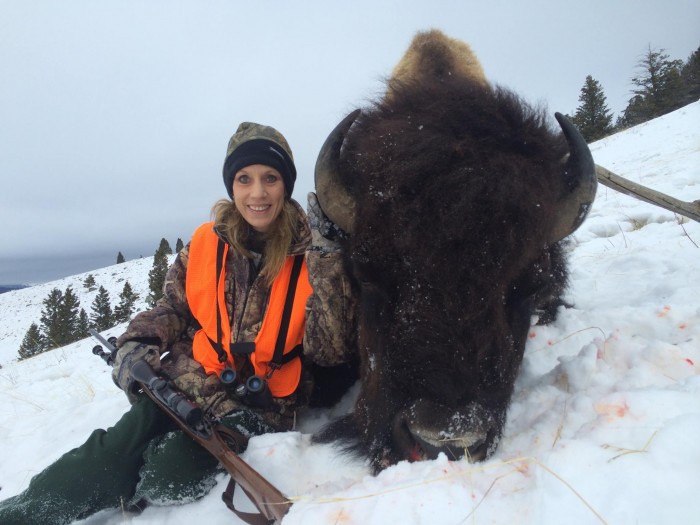 Using her .270, Chrissy set up the bipod, picked the biggest bull to aim at and waited for him to turn broadside.  Eventually, he did turn, giving Chrissy the perfect shot.  One bullet put the big bull “down for the count” after just a few steps.  The other three bulls that were with him weren’t ready to leave him yet and nudged him in their attempt to get him to get up, but he wasn’t going anywhere.

Because he was taken down approximately a mile and a half off the road and downhill, they hired a local outfitter to pack out the bull with his horses.  Carlton and Chrissy had already skinned, gutted and quartered the bison, and the outfitter estimated him to be around 7.5 years-old and approximately 1,200 pounds.

Awesome work, Chrissy–Congratulations on your very first bison!  He oughtta keep your freezer full for a while!  Watch the video footage of her hunt below, too! 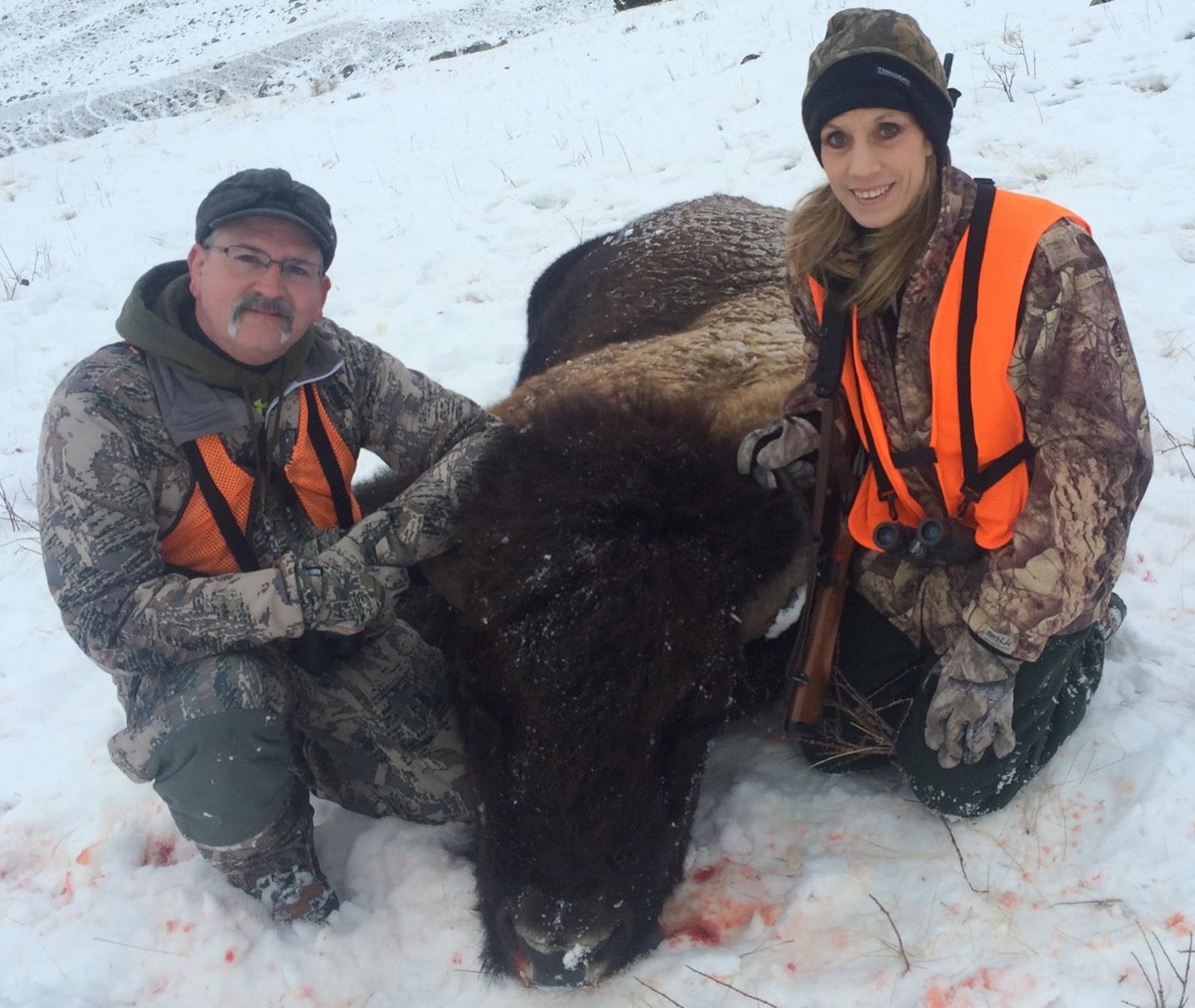