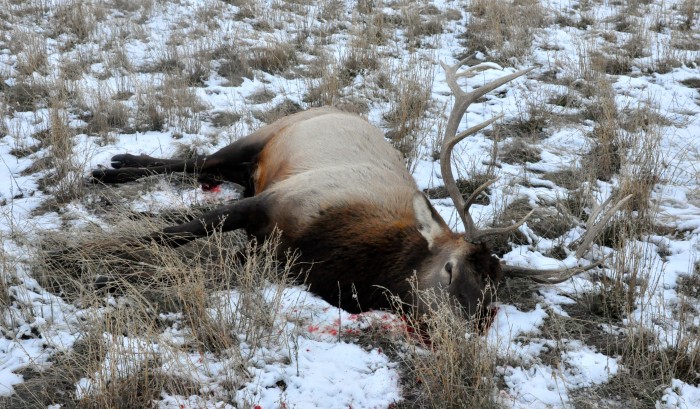 A Lewistown man has been fined $5,610, lost his hunting and fishing privileges for seven years, sentenced to 40 hours community service and forfeited his rifle for poaching an elk.

Devin J. Reppe, 22, agreed to a plea agreement and was sentenced Dec. 23 for killing a six-point bull elk illegally in October 2013.

“Reppe killed an elk after dark from a road near Roy,” says Shawn Briggs, Montana Fish, Wildlife and Parks game warden. “He shot the bull and left it. And he used a rifle during archery season.”

This shooting, near Black Butte south of Roy, occurred while Reppe had his hunting and fishing privileges revoked for a 2011 incident in which he participated in shooting a white-tailed deer doe after dark.

After several months of investigating the October 2013 incident, Briggs cited Reppe in June 2014. Reppe finally agreed to a plea agreement and was sentenced in December by Fergus County Justice of the Peace Jack Shields.