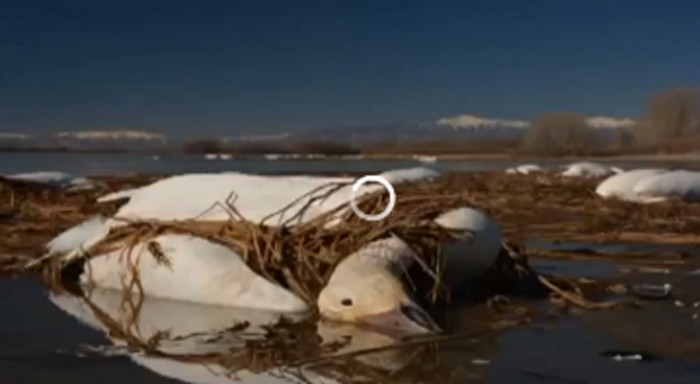 2,000 Snow Geese Drop Dead from the Sky in Idaho
By angelamontana

A recent article posted by CNN stated that “Idaho wildlife officials have retrieved 2,000 dead snow geese that fell from the sky this week.  The birds, whose carcasses were collected over the weekend, appear to have died of avian cholera, the Idaho Department of Fish and Game said Tuesday.”  The article went on to state the following:

They died near Dubois, Terreton and Roberts — all in the eastern part of the state.

It’s unclear where the geese picked the bacteria from, but authorities are scrambling to ensure that other birds don’t feed on the carcasses and spread the disease.

“The important thing is to quickly collect as many of the carcasses as possible, to prevent other birds from feeding on the infected birds,” Schmidt said.

“Biologists observed about 20 eagles in the vicinity of some of the carcasses. Because of a delayed incubation period it is uncertain where these eagles might be located, if and when the avian cholera affects them.”

Though the official lab results are not out, officials said the cause of death points to avian cholera.

Humans are not considered at high risk of getting the disease, according to U.S. health officials.”

Take a look at this news clip via wjcl.com: