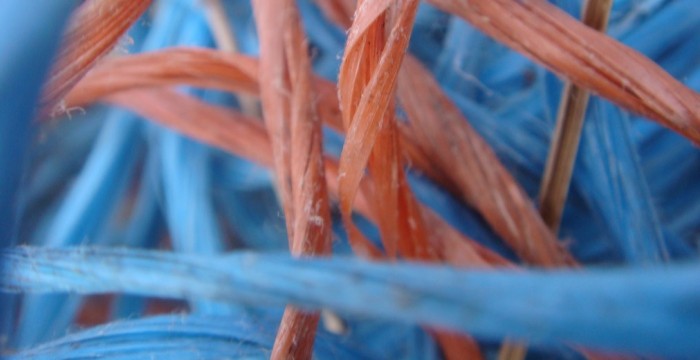 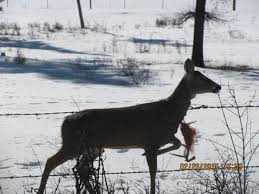 Beginning in late December, FWP received calls from Whitefish residents about a whitetail buck that had bailing twine wrapped around its antlers. The deer was seen by many residents near Armory Road on the east side of Whitefish, ranging into the Whitefish River in the city.

FWP Bear and Lion Specialist Erik Wenum and FWP Area Warden Chris Crane responded and observed the deer. Wenum and Crane decided to delay action on the animal when it appeared that the twine would not impair the deer’s movement or breathing. They reasoned that when the antlers were shed, the bailing twine would go with them. The deer was monitored with the help of local residents. However, when the buck later dropped its antlers, the antlers and twine mass fell down around its neck. Monitoring of the deer continued. Over time, the twine appeared to have tightened making it dangerous for the deer.

Today, working with a local landowner, Wenum and Crane were able to dart the buck and sedate it just enough for them to remove the twine and the shed antlers which were tangled up in it. When released, the deer recovered from the drug and appears to be fine.

FWP would like to thank the residents in the area for their patience in allowing FWP to delay taking ‘hands on’ action to alleviate the cumbersome twine. Any time a wild animal is handled it can be stressful for the animal, and these kinds of actions are not failsafe.