I recently received an inquiry concerning proposed legislation that would allow citizens that can legally possess a firearm to carry a concealed weapon without a permit in incorporated cities and towns. The inquirer wanted to know if there would be more instances of felons or dangerous mentally ill people carrying concealed weapons. 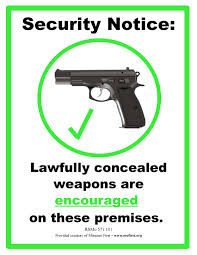 First, similar legislation passed in the last two sessions; Brian Schweitzer vetoed the first one 4 years ago and Steve Bullock vetoed the second 2 years ago. I’m 99% sure Governor Bullock will do the same if this bill is sent to him. I doubt it will become law out of this session.

If the bill were to become law; in my opinion, there would be little if any impact on crime or criminal behavior; in fact I personally think it would be a non-event. There are several states (e.g. Arizona, Alaska, Vermont, and others) where citizens who can legally possess a firearm can carry concealed without a permit and there have not been any more adverse consequences in those states than in ones that require a permit. In Montana, citizens

that can legally possess a firearm can carry a weapon concealed in about 98 to 99% of the state. Only in incorporated cities and towns does one need a permit to carry concealed; open carry is allowed pretty much everywhere. Some exceptions to concealed carry are in bars, banks, government buildings, and schools.

As for felons and those mentally ill people that have been judged to be a threat and are prohibited from possessing a firearm, this bill would have no effect on their behavior. The only way to know if they are in violation of the statutes is when they are intercepted by law enforcement. That is the situation we have today; enactment of this bill would make no difference to law breakers. A felon who illegally possesses a gun outside city limits will do the same inside said limits, whether or not it is legal to

carry concealed without a permit. The same can be said of a mentally ill person prohibited from possessing a gun. Arbitrary boundaries rarely if ever stop people hell bent on ma

yhem or murder, they simply ignore them and commit their criminal acts.

The law would decriminalize some behavior that really is no threat to anyone such as the person who carries a pistol under their coat while engaged in outdoor activities such as hunting or fishing. If that person lives in an incorporated city, they would be in violation of the law if they were concealing their gun on their person when leaving or returning home. This is behavior with no criminal intent and the average citizen like you or I should not be penalized for it. My concerns with the no permit concealed carry in cities and towns has to do with training and education. 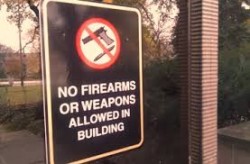 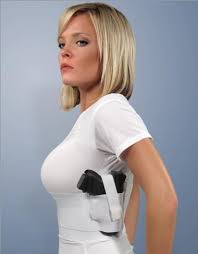 I have run into people who want a “quickie” course so that they can get a CWP. Drives me nuts and I don’t understand their reasoning. Packing a gun does not necessarily make one safer. There is so much more involved than a piece of paper when it comes to responsible carry. I worry not about people who can legally carry causing trouble, but that those people will get into trouble because they don’t know the law. For instance the guy who stops for a beer at the bar at the end of a fishing trip. He might mean no harm but would be in a lot of trouble. 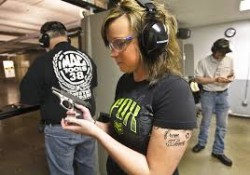 My biggest concern with permitless carry is the lack of training. As I stated earlier, enactment of this bill would most likely be a non-event. Some decent people might carry in prohibited places due to ignorance, but there won’t be carnage in the streets. There is ample evidence that doesn’t occur. As for the criminals, they will hide guns whether we have this law or not. Maybe an education campaign using PSAs would help people understand the law, but it takes a long time to overcome ignorance.

While I want everyone who even thinks of owning a firearm to get proper instruction and continue training; when I weigh the effects this law would have on our society, I 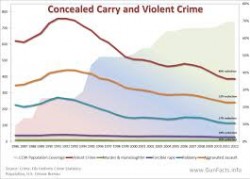 would be a hypocrite if I didn’t support it. I strongly believe in 2nd Amendment rights, and I wish more people would exercise those rights. But we must exercise them in a responsible manner. That is the case for all of our rights.

Unfortunately, firearms and firearms legislation arouses strong emotions on both sides of the issue and there is a lot of misinformation about the subject. Through all the classes I’ve taught and the research I’ve done and continue to do, I’ve found that most folks are not a threat to anyone and more liberal access to firearms doesn’t cause more crime. There are some people out there who might wish to do harm; sadly there is little of us can do to stop them until they act.