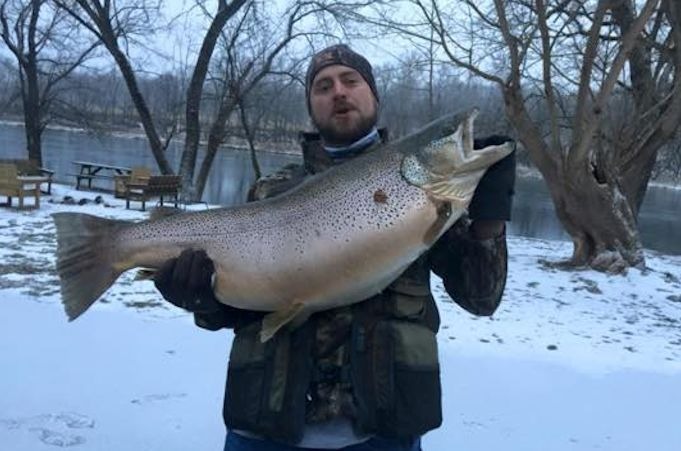 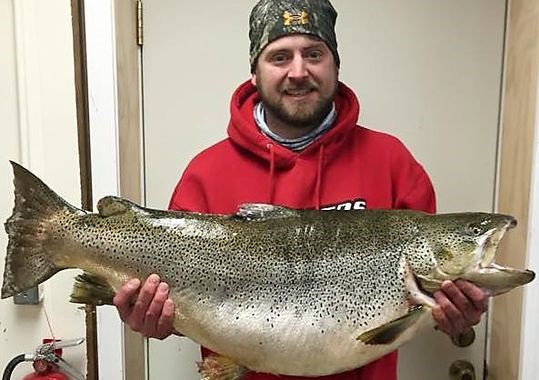 (photo via the Baxter Bulletin)

Calvin Johnston, of Olathe, Kansas, went fishing in Cotter, Arkansas with his brother not realizing that he would end up hooking the third largest brown trout ever hooked in the entire state of Arkansas while fishing the White River.  According to arkansasmatters.com, Christy Graham, of the Arkansas Game and Fish Commission, confirmed the catch, and the whopper of a brown trout weighed in at 38.7 pounds and measured 37.5 inches.

According to The Baxter Bulletin, Johnston joined Howard “Rip” Collins, of Heber Springs, who holds the number one recorded largest brown trout ever hooked in the state of Arkansas, which weighed in at 40.4 pounds, while fishing the Little Red River in 1992 and Mike “Huey” Manley, of North Little Rock, who holds the second place record for the largest brown trout hooked in the state with his 38.9 pounder while fishing the North Fork River in 1988, in the record books for catching the top three largest browns ever hooked in Arkansas.