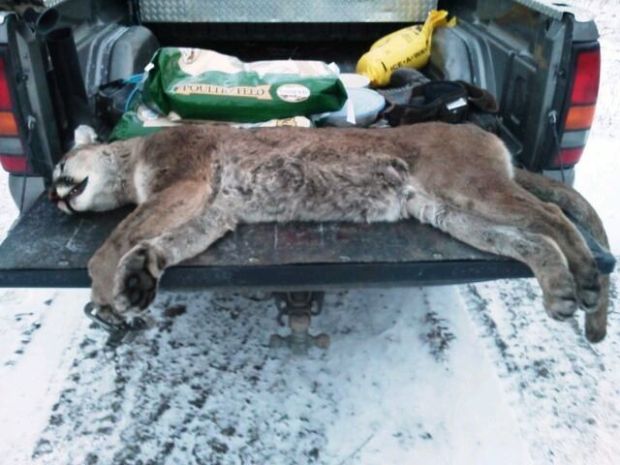 A Madison County couple was sentenced Monday after being convicted of multiple wildlife violations involving the illegal killing of several furbearers, a mountain lion, and an antelope buck.

A tip from a concerned landowner sparked an investigation into the couple’s hunting and trapping activities in the fall of 2013. Most of the violations occurred on the large ranch in the southern Madison Valley which the couple managed for the landowner.

Daniel Bennett was convicted in Madison County District Court of unlawful possession of a game animal (an antelope buck), three counts of trapping without a license ( five bobcats, beaver and muskrat), unlawful use of equipment (trapping a mountain lion), four counts of violating FWP Commission rules, hunting without a license, trapping during a closed season, and obstructing a peace officer.

He was sentenced to 30 days in the county jail. He lost all his hunting, fishing and trapping privileges for 10 years and was fined $2,100, plus restitution of $2,400.

She was sentenced 10 days in jail (which may be served under house arrest) and lost all of her hunting, fishing and trapping privileges for four years.

At the conclusion of the sentencing, Regional Investigator Chad Murphy offered words of appreciation to those that helped in the investigation.

“We couldn’t have done this without the cooperation of an understanding landowner, the hard work of the Madison County Sheriff’s Office and our wardens on the ground. Despite their efforts, these two didn’t get away with stealing wildlife from the people of Montana,” said Murphy.