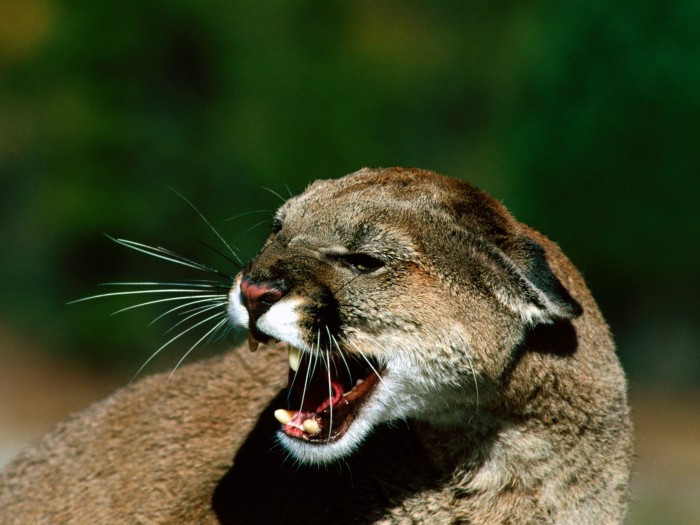 A recent article on the Missoulian’s website revealed that “A park ranger shot and killed a mountain lion in Glacier National Park over the weekend, ending the lion’s attack on a dog in the employee housing area at West Glacier.”

The article stated that a Yellowstone National Park employee drove to her residence and her two dogs “unexpectedly raced out of the car” after opening the door at her residence.  The woman went after her dogs, and one of the dogs ran back to her while the other one was “engaged” by a mountain lion. Other residents heard the commotion and attempted to save the dog being attacked by using a shovel, rocks and even bear spray, all unsuccessfully.  The dog was pinned down on the edge of a nearby river by the mountain lion.

A park ranger ended up shooting and killing the mountain lion, and the frightened and injured dog jumped into the river in a panic, but the residents and the park ranger were able to bring the dog back to the bank of the river.  The dog received several stitches during his visit at the veterinary office, but he is expected to make a full recovery.

I wonder if the dog will be so eager to run off when the car door opens next time.  What would you do if this happened to your dog(s)?