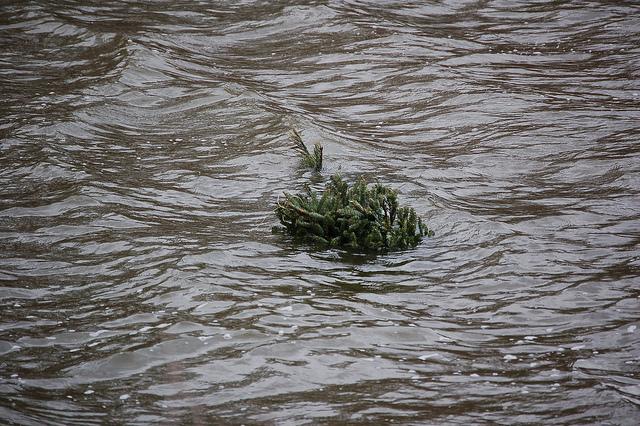 Sing it: “O Christmas Tree, O Christmas Tree, You Really Help the Fishy.” Your Christmas tree is more than just a fire hazard. It can actually be used to create fish habitat. Canyon Ferry recently saw the “Pines for Perch” program celebrate 20 years.

Since its inception in the mid-1990s, the program has dropped roughly 70,000 trees into the reservoir, with the hope that the near record-low perch population will rebound, said Adam Strainer, lead FWP fisheries technician at Canyon Ferry.

The population of perch — the core species in the lake — has hovered around record lows for roughly a decade, following a decline that began with the growing population of walleye in the lake, Strainer said.

“Yellow perch are the basis for everything in the reservoir,” he said. “It’s a pretty important species in this body of water.”

Trees collected largely from Helena (about 20 percent come from Bozeman) are hauled to the shores of the lake where volunteers from Walleyes Unlimited and other groups use steel cable to bundle the trees — about 50 per bundle — with cinder blocks that will sink them into the lake.