Own a Bit of History (with Colonel Smoothbore)
By angelamontana 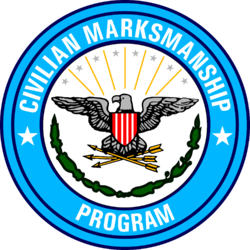 The Civilian Marksmanship Program’s (CMP) origins begin in 1903 when the U.S. Congress created the organization. The original purpose was to train civilians, especially young Americans, to learn and practice marksmanship. It was thought that a large pool of trained marksman would be of great benefit should the U.S. need them in times of conflict. It was no coincidence that the CMP was chartered in the same year that the U.S. Army adopted the venerable and very fine bolt action 1903 Springfield rifle as the national service rifle. From 1916 to 1996, the program was administered by the U.S. Army. Today, the CMP is a federally charted 501 (c) (3) corporation with no connection to the U.S. Government.

The CMP has three main objectives:

Two of the most important programs of the CMP are its competition efforts and firearms sales. The CMP sponsors clinics, local shooting matches, and administers the National Matches at Camp Perry, Ohio. In addition, the marksmanship badges worn by members of the U.S. Military are earned through CMP competitions. The National Matches are quite a spectacular festival of marksmanship. Champions in both rifle and pistol categories are crowned each year; shotgun sports are administered by other National Governing Bodies (e.g. NSSA, ATA).There are dozens of categories for all age groups and sexes. This event has been held at Camp Perry since 1907 and I’m sure it will continue for generations more.

The CMP offers numerous guns for sale. Both sporter and precision air and rimfire rifles, as well as target air pistols are part

of the inventory. I checked the CMP website for centerfire rifles and found that only M1 Garand rifles in inventory at this time. M1903 and M1903A rifles, M1 carbines, and M1917 Enfield rifles are listed for sale, but at this time none are available. It will probably be a long time, if ever, before one can buy these classics again.

There are several grades of Garands available. At this time prices range from $630.00 for a field grade rifle up to $3035.00 for a M1C Garand, SA (Springfield) Service Grade “Sniper” rifle. There are a few requirements for purchase and they are fairly easy to meet.

Some of the main requirements are one must be a U.S. citizen, a member of a CMP affiliated club, and a participant in a marksmanship program or other firearm related activity. Certain state laws may also affect one’s ability to purchase a CMP firearm.

The CMP is over 100 years old and during that time thousands of Americans have benefitted from its programs. I personally have completed a 3 day shotgun coach’s course that was developed by the CMP, NRA, and USA Shooting and I am grateful for the opportunity it affords me to give back to the shooting sports.

Check out the CMP at www.thecmp.org. You might find a shooting sport that interests you. Maybe one of the guns available might be just the one you want. General George S Patton once described the Garand rifle as, “…the greatest battle implement of all time,” and you might find a piece of history that you can have for yourself.