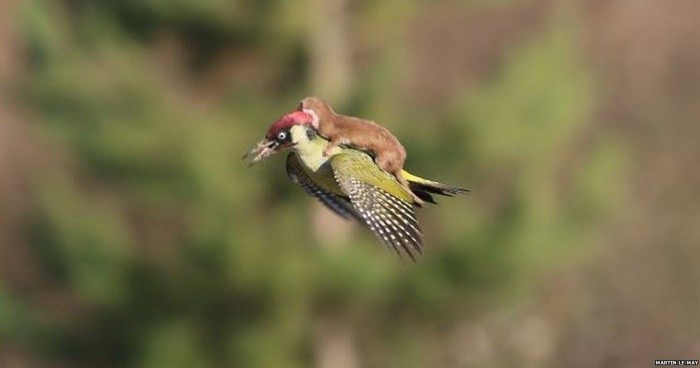 Photoshopped or Not: The Weasel and the Woodpecker
By angelamontana

Amateur photographer, Martin Le-May captured an unusual image with his camera recently, according to BBC News.  He spotted a green woodpecker trying to escape the grip of a weasel that was attacking it in Essex, UK…while it was flying.  There have been rumors that the image is photoshopped and not at all possible, but according to the article, it is very much possible because a weasel, while quite ferocious, weighs about the same as a Mars candy bar.  This means that the weight would not be too much to weigh down the woodpecker.  However, more photos have surfaced on the internet that are clearly photoshopped…or not?  Check out the example posted by Tem Hipe Fysh on Facebook below. 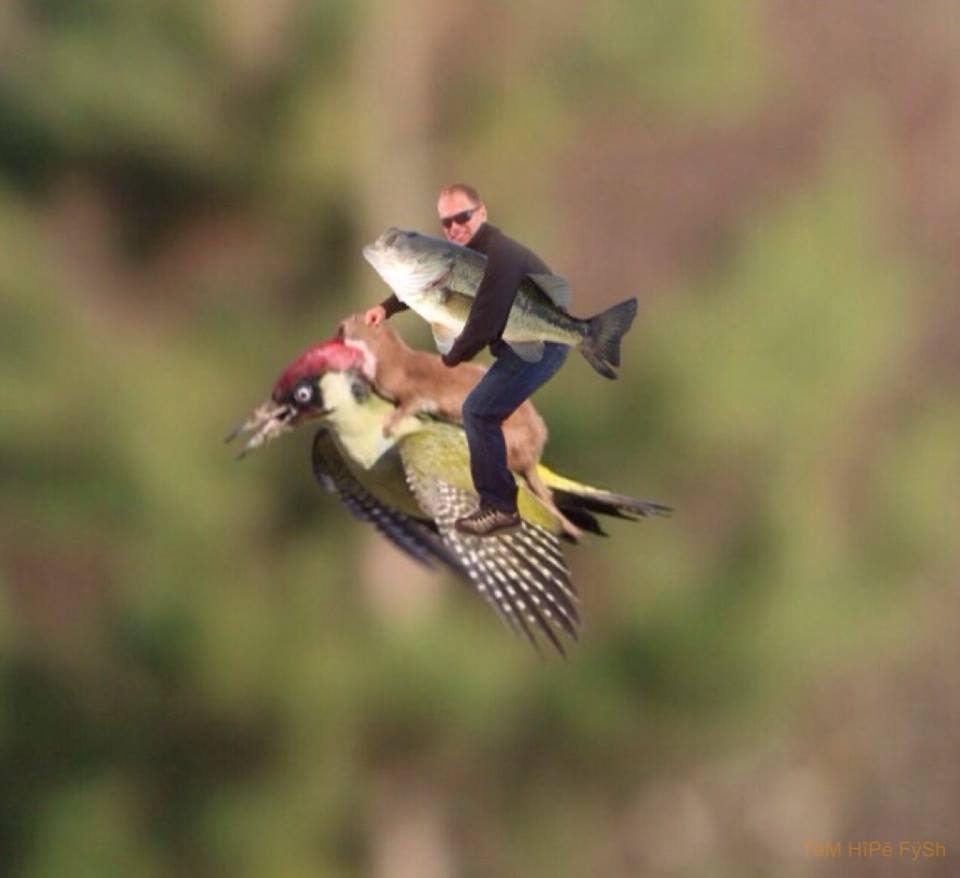