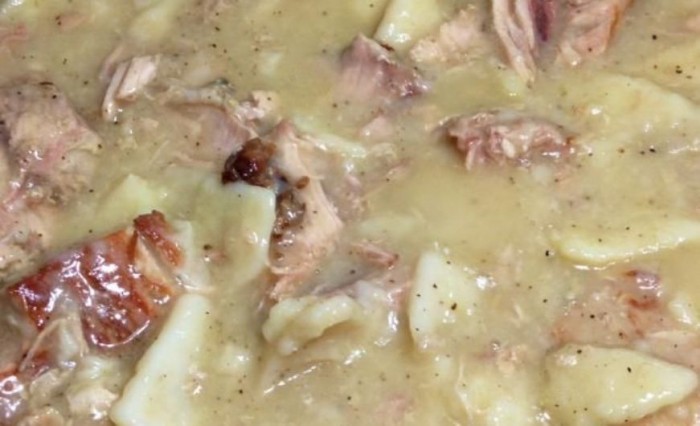 No more searching for something awesome and easy to prepare with the wild turkey you get.  Eliminate gamey flavor with this awesome recipe from Realtree:

Season turkey meat well with salt and pepper. In a large stock pot or dutch oven, heat a tablespoon of oil and a tablespoon of butter together. Brown the turkey on both sides over medium heat. Once the meat has browned, add water and chicken stock to pot. Toss in the bouillon cubes and poultry seasoning. Reduce the heat and cover pot. Simmer turkey slowly for two to three hours until the meat is tender and starts to break down.

As the turkey simmers, prepare your dumplings. Combine the flour, baking soda, and salt. Cut in the shortening or lard with two forks or a dough cutter. Add the buttermilk, stirring with a fork until moistened. Knead the dough four to five times and roll into a round about ¼ inch thick.  Cut into dumpling sized pieces with a sharp knife or a pizza cutter. Toss each dumpling into flour to prevent sticking.

Once the turkey has simmered, remove it from the broth and set it aside to cool. Taste the broth and add salt if needed. Turn up the heat and bring the pot back to a rolling boil. Drop the dumplings in one or two at a time, stirring as you go. Turn the heat back down and reduce to a simmer.

If using turkey legs and thighs, pick the meat from the bones. Add the meat back to dumpling pot and stir well. Add pepper to taste. Simmer for ten to fifteen more minutes and serve.