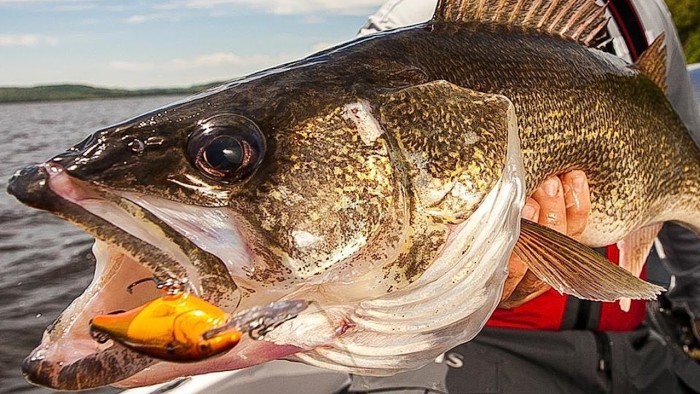 It’s been a while since our last report, but that’s due to the fact there really isn’t all that much to report.  The spawn has yet to materialize at our standard locations on the south end of Canyon Ferry Reservoir or mother nature hasn’t allow us to leave our traps out fishing.  Recent springtime weather patterns simply haven’t produced optimal conditions and the lack of fish continue to tell the same story.  Also, water levels in the reservoir are higher than normal for this time of year and effective sampling may potentially be a factor in 2015.  To date we’ve sampled 105 walleye, primarily males, and almost 900 rainbow trout.

We’ll continue to run traps through the end of this week or potentially for the duration of the current warm weather pattern.  Smaller walleye, fewer rainbow trout, and an increase in the number of suckers is what FWP staff is seeing right now in the reservoir and is typically an indicator that the spawning window is closing. But FWP staff will stay after it until other standardized sampling surveys begin to overlap.

Also, in the previous update I mentioned that we’re at the beginning of a radio telemetry project to monitor movements of walleye, northern pike, and brown trout between the reservoir and river upstream.  To date we’ve surgically implanted 7 brown trout in the river, 5 walleye in the river and 4 walleye in the reservoir.  Our goal is to implant 10 total brown trout, 10 total norther pike and 8 walleye each in the river and reservoir, respectively.  So, we’re getting closer to meeting our objectives for brown trout and walleye.  We have yet to sample a northern pike this spring in either the river or reservoir.  We’ll remain steadfast.

Cheers and enjoy the pleasant weather!