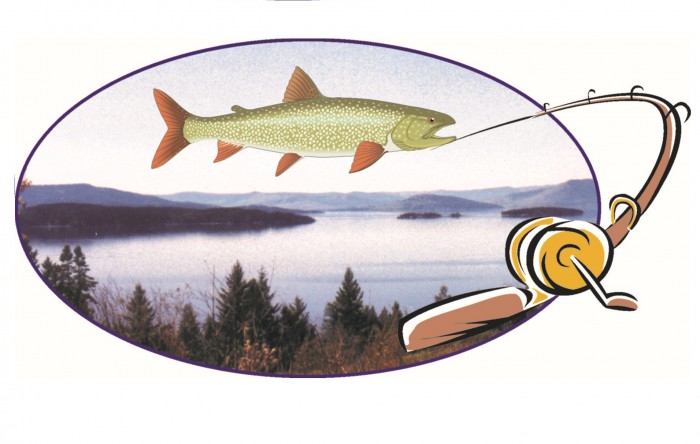 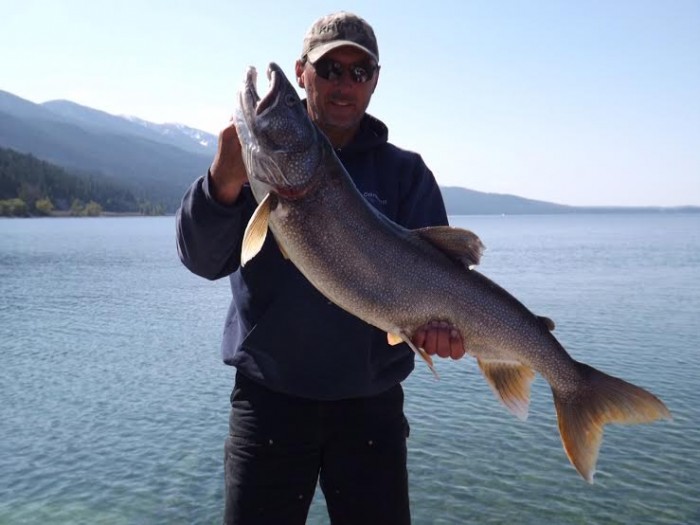 Up to $225,000 in Cash and Prizes will be awarded on Sunday May 17th at the conclusion of the 2015 Spring Fishing Event on Flathead Lake. Mack Days are sponsored by the Confederated Salish and Kootenai Tribes and are used as a tool to reduce numbers of non-native lake trout in Flathead Lake. Native bull trout and westslope cutthroat trout were very abundant in the lake and were part of the history of the tribal people and all of Montana and are now at very low numbers. Increasing native trout numbers in Flathead Lake is part of the fisheries management plan.

Bob Turner of Columbia Falls hooked onto a big one on Sunday. The large lake trout was a beauty and weighed 24.4lbs and measured 41 inches. Turner reported it took fifteen minutes to bring the fish up. He had caught an earlier large fish that broke off before he got it up to the surface and then this one hit. It was a good weekend for Turner who turned in 74 lake trout on Saturday and 49 on Sunday.

Anglers have turned in a total of 30,563 lake trout. The weekend total for the eighth week was the lowest of the event. Surly winds and big rolling waves brought everyone off the water early Friday morning. Boats were circling the bay waiting for the weather to break. Many pulled out, some tried to wait awhile and go out only to return, a few boats ventured out in the late afternoon and were able to stay. Total for Friday was 75. Saturday and Sunday were still rocking and rolling out there but anglers could fish it with total on Saturday at 982 and Sunday 912. The weekend total was 1,969.

The third day of the Bucket of Fish part of the contest was on Sunday also. Shore anglers Randy Hovet and Ricky Castor of Charlo were winners again with a bucket that weighed in at 24.85lbs. Second highest weight was Ted Peterson and Paul Gyles of the Bitterroot with a weight of 21.7lbs. Paul Soukup and Kim McMillie of Ronan turned in a weight of 19.75lbs. Overall winners for the three combined Bucket Days were Hovet and Castor with 20 points-47.4lbs.total winning first place two days. Second place goes to the three Shimas-Mike of Polson, Ryan and Danner of Kalispell with 12 points-35.4lbs winning a daily second and fourth place, 3rd-Dave Hobart of Arlee with a first and 10 pts. for one day, 4th-Peterson and Gyles with a second and 8 pts.-21.7lbs. one day total. And 5th the Wells boat with 8 pts.-20 lbs. for a one day total. Points were given for the top places each day of the contest. 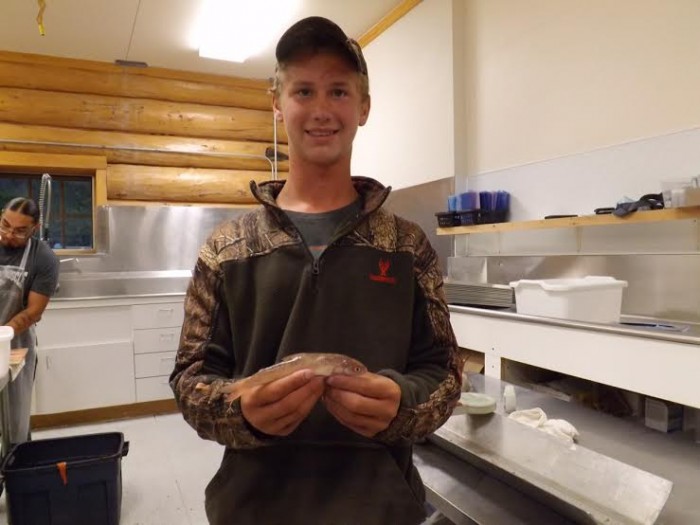 Danner Shima is first in the 13-17 group with 1,075 followed in second by Kobe Cox of Charlo with 220, Christopher Shae of Kalispell with 127 is in third, Garett Vaughan of Charlo is fourth with 116, and Jade Smith of Charlo is fifth with 101.

Larry Karper of Florence has a large lead in the 70 & Over group with 588, 2nd Jim Hoover-Whitefish with 283, Conn Hodgson of Kalispell is third with 120, 4th-Rodney Cluphf of Missoula with 61, and 5th Thomas Schonholtzer of Helena with 58.