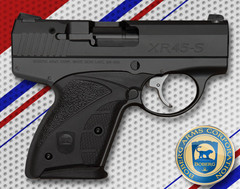 I recently discovered a semi-auto compact pistol that has really peaked my interest. It is manufactured by Boberg Arms in White Bear Lake, Minnesota. Their guns come in two basic models; the XR9 and the XR45 chambered in 9MM and .45 ACP respectively. Both models are available in various finishes and barrel lengths. 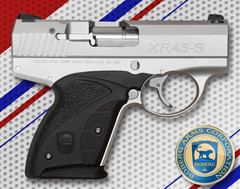 So you might be wondering what’s the big deal about another compact concealed carry handgun. Well, while the gun looks like most semi-auto pistols, this one is radically different than anything else in the personal defense market. First, the gun’s magazine loads from the rear. When inserted into the pistol it lives under, not behind the barrel. When the gun is fired or the slide is racked, a cartridge is stripped from the back of the magazine, it is then lifted up (somewhat like the elevator in Grandpa’s lever gun) and in line with the barrel. As the slide returns to battery, the cartridge travels straight into the chamber and the gun is ready to fire. With this design, Boberg is able to produce a small gun with a longer barrel than similar sized pistols giving Boberg pistols a distinctly higher ballistic advantage. 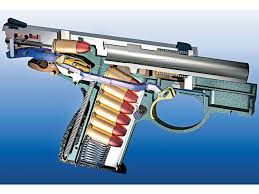 The XR9 and XR45 pistols have anodized aluminum frames and use a rotating barrel locked breech action similar to the Beretta PX4. The guns have DAO triggers with a passive firing pin safety. Boberg claims an 8 pound trigger pull although one review I read stated they found the pull to be just a bit over 6 pounds. The grips are Zytel and some models have color options for them. The pistols come with 2 magazines, a carrying case, and safety lock. 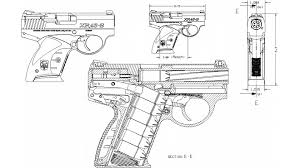 Boberg makes several claims that do make sense. First because the cartridge travels in a straight line into the chamber, tighter tolerances can be used making the gun more accurate. The reviews I read and watched seem to confirm this. The gun does not have a heavy recoil spring making it much easier to rack the slide and the design is said to make perceived recoil less than conventional pistols. The longer barrels give greater velocity and greater downrange energy. 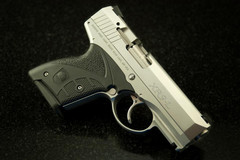 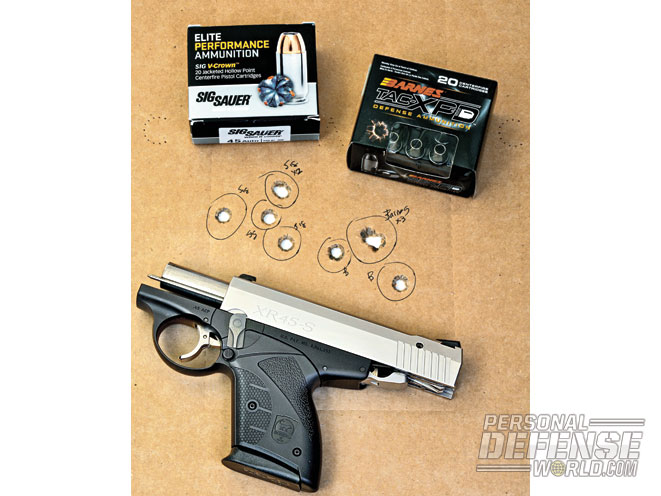 I haven’t yet been able to test one of Boberg’s interesting little guns, but I am really looking forward to trying one. Compared to other compact and sub-compact concealed carry pistols, these are more expensive, but if they meet the claims made by Boberg Arms, they just might be worth it. If the Boberg pistols stand up to the rigors of concealed carry, they just might indeed be very special. Check the out at www.bobergarms.com. 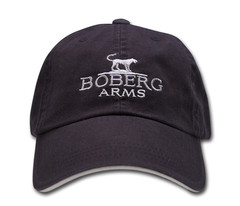