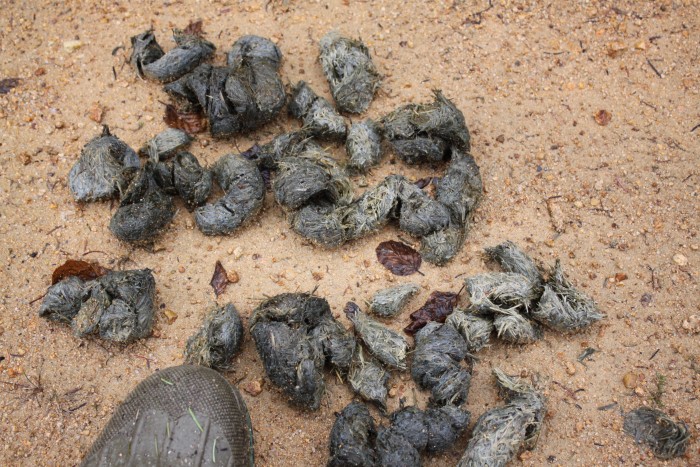 Do You Know Your Sh… Ah, Scat?
By Toby Trigger

Knowing which animal that big pile of poo came from is helpful but what else can it tell you?

Scat can tell a story about an animal, its habits and even how big it is. About a decade or so ago I followed bear scat for three miles that had newspaper in it. The words were so clear I could read it with ease. That bear was getting into local trash cans and wreaking havoc on the local news.

Lately, scat particulate is about all the news from that News Paper is good for but over the weekend I found fresh bear scat in the Bitterroots full of grass.  Some of it heavy long grass and the diameter of the scat was over 1″.  What could I ascertain from this pile of poo? 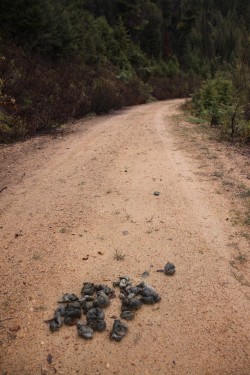 The bear has been up for a while because he’s now eating heavy forage and it’s a big boar.  How do I know?  Well it’s more of an educated guess, but because the diameter is greater than 1 inch I know the bear is big and a survey of the area leads me to believe it’s alone.  As for the heavy forage, well that took some digging…  All clues point to a big boar.

I won’t have solid evidence until I have a tag on it but I know where I’ll be spending my time hunting this week.