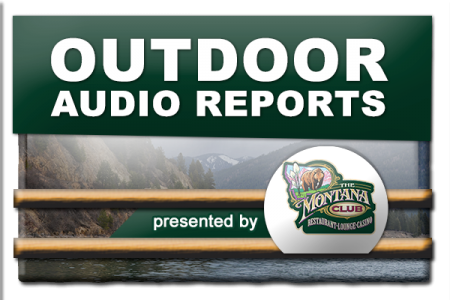 It is one of the biggest fishing weekends of the year. Time to hit the water and hook some fish. Hear all the latest fishing reports from around the state, and KNOW BEFORE YOU GO.

May 23rd Summaries
Bill from Bob Wards says the Big Hole is doing really well. Georgetown Lake is doing well.
Bill from Rock Creek Marina says when the wind has been real strong fishing the Dry Arm’s been good.
Brett French Outdoor Editor of the Billings Gazette talks shop about Memorial Day weekend and his weekly article at Montanaoutdoor.com.
Chancy from Snappy’s in Kalispell says the area rivers and streams have been fishing well.
Charlie at Don’s says the Missouri River is fishing well.
Eddie White from the Minnow Bucket says catfishing the Yellowstone River has been good.
Jason Maxwell of the Montana Trappers Association talks about their up coming event.
John at Lakeside Resort in trout Creek says Noxon Rapids Reservoir says the bass this past week is/was phenomenal!
Kiel from the Rocky Mountain Supply reports from Dillon says the lakes are doing good if you ignore the rain.
Leonard from Roberts Bait and Tackle says Holter is getting some nice perch & trout, but a bit slow on walleye.
Mary Beth Kibler of Kibler Outfitting says Ft Pech has been producing but they had to go a deeper to get at them. To book a Summer fishing trip call Kibler Outfitting at 406-557-2503.
Mike Markum of the Stone Fly Fly Shop in
Butte says area fishing is doing well like on the Jefferson, Roock Creek and others.
Rob from Ronan Sports and Western says Lake Mary Ronan has seen some great results since the season opened.
Ron Aashiem of the Montana Fish Wildlife and Parks reminds us of restrictions and regulations for water use and recreation, for more information go towww.fwp.mt.gov.
Ruth Ann from Tiber Marina says area anglers are looking forward to weekend fishing, and there is a tournament next weekend.
Ryan from Bob Wards in Bozeman Hyalite Reservoir and Creek are producing, in Butte the Beaverhead has been fair, and in Bozeman it’s a great time for the Missouri River.
Sharon from The Silos from Canyon Ferry Reservoir says Canyon Ferry Lake is pretty darn good.
Tammy from Northwestern Sports in Eureka says area fishing has been slow but fun.
Toby Walrath From the Montana Trapers Association are looking forward to their up coming event next Saturday.
Todd Young of the Montana Governor’s Cup report on Ft Peck.