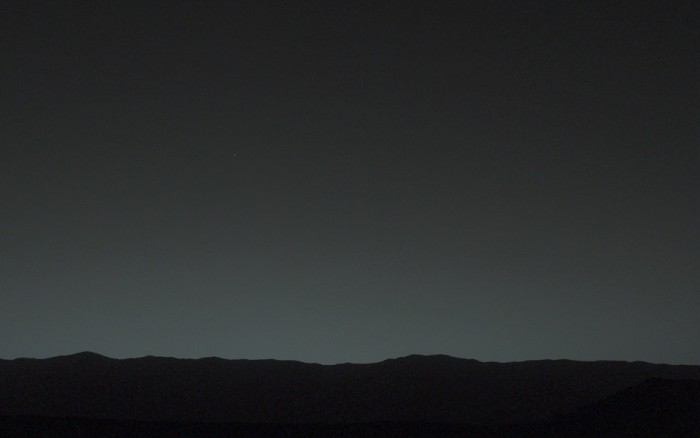 Name That Place!
By angelamontana

This photo could pass for a beautiful evening picture in Colorado or even Montana…but think bigger! This is an actual picture taken from Mars. See that little bright dot? Yeah, we are somewhere on that dot.  A post from the California Institute of Technology’s Jet Propulsion Laboratory last year revealed the attached photos and information:

This view of the twilight sky and Martian horizon taken by NASA’s Curiosity Mars rover includes Earth as the brightest point of light in the night sky. Earth is a little left of center in the image, and our moon is just below Earth.

The distance between Earth and Mars when Curiosity took the photo was about 99 million miles, too!  Kind of crazy when you think about the outdoors beyond our planet, but it’s another thing to SEE it in pictures! 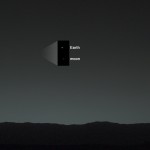