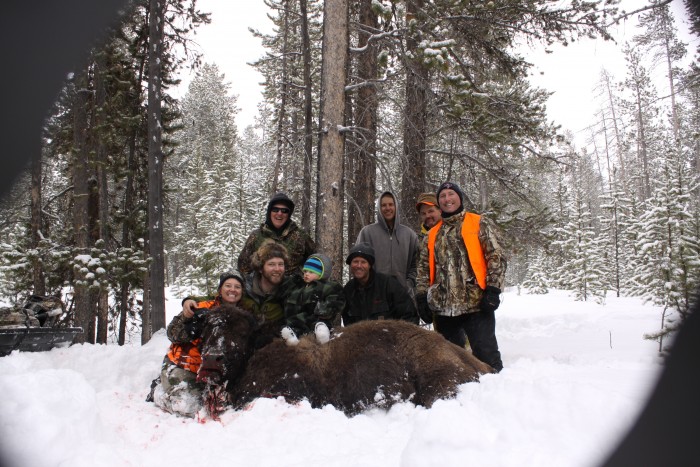 Colorado, Montana and Tennessee have all recently passed legislation to increase the recruitment of new hunters and ensure the future of our outdoor heritage.

These bills now await a governor’s signature to become law.

All three pieces of legislation are supported by U.S. Sportsmen’s Alliance under the Families Afield program, a state legislative effort to create apprentice hunting opportunities and eliminate barriers faced by newcomers interested in hunting.

“The Families Afield program has consistently proven to be the most successful initiative in terms of recruiting new hunters and stabilizing recent trends of declining hunter numbers in the United States,” said Evan Heusinkveld, vice president of government affairs for USSA. “With Colorado and Montana poised to become the 37th and 38th states to implement the Families Afield program, and Tennessee strengthening its existing program, we are encouraged and motivated to continue to take this program to the states that do not take advantage of this highly successful recruitment tool.”

Senate Bill 226 will add Colorado to the growing list of states that have passed Families Afield legislation. The bill will allow hunters at least 10 years of age to take advantage of the opportunity to hunt under the watchful eye of an adult mentor prior to completing a full hunter education course. SB 226 cleared its final legislative vote on the floor of the Colorado House of Representatives on Thursday, April 30, and it now awaits the signature of Gov. John Hickenlooper.

The Montana Legislature has sent Gov. Steve Bullock legislation that creates the state’s first-ever youth apprentice hunting program under the Families Afield concept. Contained in House Bill 140, the program will allow new hunters age 10 to 18 years old to experience hunting under the supervision of an adult mentor prior to completing a hunter education course.

Tennessee
Tennessee Gov. Bill Haslam has legislation on his desk that will expand the already existing apprentice hunting program in his state. Senate Bill 1237 will increase the number of years an individual can take advantage of apprentice hunting from one to three, allowing sufficient time for new hunters to get hooked on hunting and transition to full license buyers for years to come.