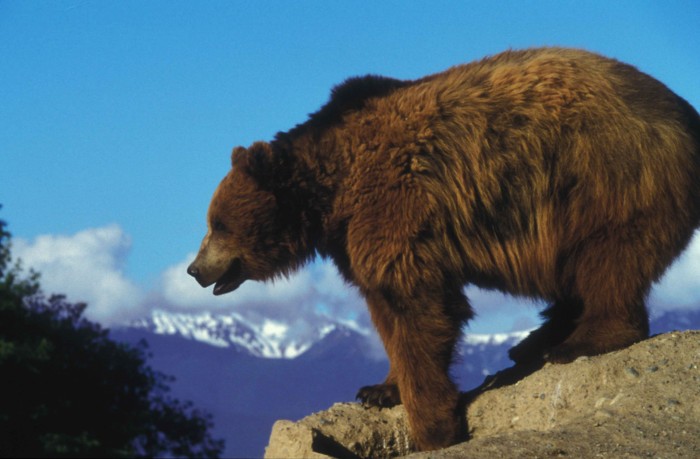 On April 2nd, Montana Fish, Wildlife & Parks and Wildlife Services investigated a report of a newborn calf that had been killed near Mud Lake, northeast of Bigfork. The landowner reported that he had lost another newborn calf several days earlier, but the remains of that calf could not be located. Based on the investigation it was a determined that a large grizzly bear probably killed and consumed the newborn calf. There were large grizzly bear tracks at the site.

FWP Grizzly Bear Management Specialist Tim Manley reports that a joint trapping effort by the FWP and Federal Wildlife Services resulted in the incidental capture of two male grizzly bears. Based upon remote camera photos and track measurements, neither one of the captured bears were responsible for the calf depredation. The first male captured was 5 years old and weighed 364 lbs. He was radio-collared and released in the Emery Creek drainage near Hungry Horse Reservoir. The second bear was about 8 years old and weighed 456 lbs. He was also radio-collared and released in the South Fork of Lost Creek in the Swan.

Even though neither bear that was captured was involved with the depredation, the decision was made to move them a short distance out of the area in order to attempt to capture the target bear. After additional trap nights and checking remote cameras, there was no more activity at the trap site and the traps and cameras were removed on April 16th.

The landowner put up some electric fencing around the remaining cows and calves during the trapping operation and there have not been any additional depredations. Paperwork from the investigation was submitted to the Montana State Livestock Loss Board that pays for livestock that are killed by grizzly bears.

While several grizzly bears have been out of their dens since the end of March, most of the grizzly bears and black bears will be emerging from their dens over the next couple of weeks. Residents living in or adjacent to bear country are reminded to put away and secure attractants (garbage, bird feeders, pet food) to avoid attracting bears to your property. If you have chickens or other poultry, sheep, goats, pigs, bees, or young calves, you should protect them with a well built and maintained electric fence to prevent problems with bears or other wildlife.