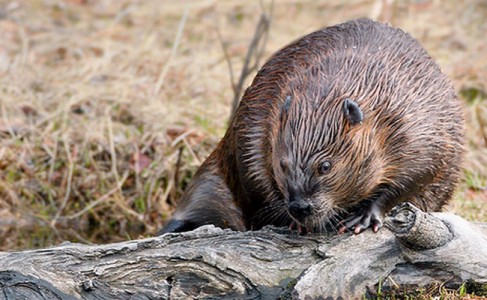 Don’t Mess with Beavers!
By angelamontana

As with all wildlife, these animals are WILD and, regardless of their size or how cute you think they are, you should not mess with them or their homes.

Two hikers in Oregon learned this the hard way recently after they were attacked by a beaver after climbing on its dam.

Apparently, after the two hikers climbed on a beaver dam, according to an article on Yahoo News, stated, “A resident beaver emerged from the dam, knocking <23 year-old Clayton> Mitchell into the Deschutes River and trapping his friend, 31-year-old John Bailey, in a tangle of submerged logs, according to the sheriff’s department incident report.”

Both of the men were hospitalized after the “attack”, but neither of the hikers had serious injuries, and both are expected to fully recover.

It’s probably a good idea to just let wildlife be wild.  I am sure those hikers wouldn’t exactly appreciate a beaver going in their houses, so maybe reciprocating that respect, being that we are able to process things like that as human beings, is a good idea.