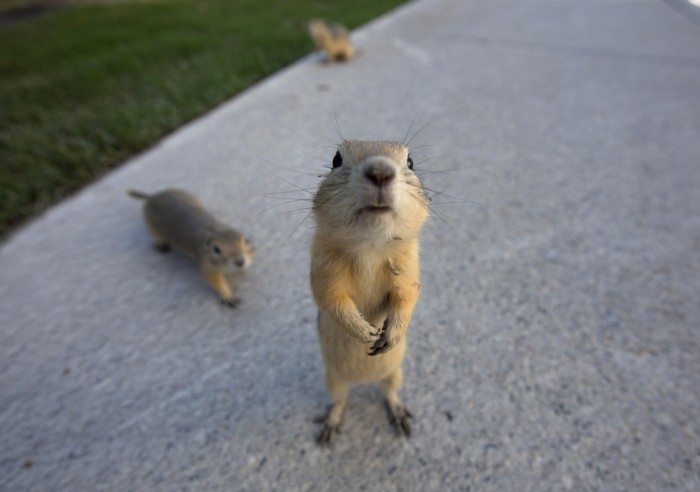 Groundhogs and Gophers!
By angelamontana 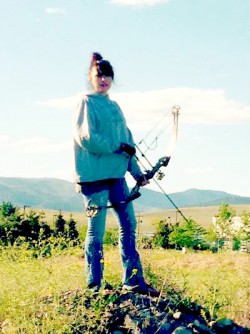 After taking the bow out after gophers this past weekend with friends, I took a few shots at some of the buggers and, somehow, lost two arrows.  Either the grass just swallowed my tasty carbon arrows or the gophers are building an underground stadium made of my arrows, teaching me a lesson about shooting in their territory and not quickly retrieving my arrows.  Well, lesson learned!  I headed back in the evening with my bowfishing reel on my bow and didn’t lose a single arrow-ha.  I have found that trapping them seems to be the most efficient way of managing them in this particular area, but getting the bow out is just as fun.

After I got back, I was asked by somebody why I would ever shoot a groundhog.  I corrected them stating I was after gophers in this particular trip, not groundhogs.  For those of you interested, here is a brief description on the physical difference between groundhogs and gophers.  The two are also in a different class and do things differently with their living and eating habits:

Side by side, a gopher and a groundhog look quite different because the gopher’s large incisors protrude from its mouth, even when closed, and the groundhog’s teeth sit inside the mouth when closed. Woodchucks have white teeth, which is atypical among rodents. Gophers have yellow or brownish teeth. Many gophers have pink feet, while groundhogs tend to have dark brown or black feet. A gopher’s tail is hairless where a groundhog’s is short and covered in thick fur. The gopher’s front feet are also more highly adapted for digging, with the claws curved away from the face to fling dirt over the shoulders during excavation. A gopher’s front feet are shaped much like a squirrel’s, good at holding small objects for nibbling. While gophers tend to max out at about 2 pounds for the largest species, groundhogs can weigh up to 13 pounds. (via animals.mom.me)

So, after that, I saw a post online from somebody in North Carolina who got a groundhog, not a gopher, and he was surprised to see how many teats it had.  I haven’t hunted groundhogs yet, but I know of some areas where that might not be a bad idea.  I have seen a few rockchucks in an area that, I’m sure, does not please the nearby ranchers.  Anyway, I know that groundhogs are larger than gophers, but I was actually surprised at this this photo, too.

What is the most surprising or strangest thing you have seen involving a gopher or groundhog that you shot? 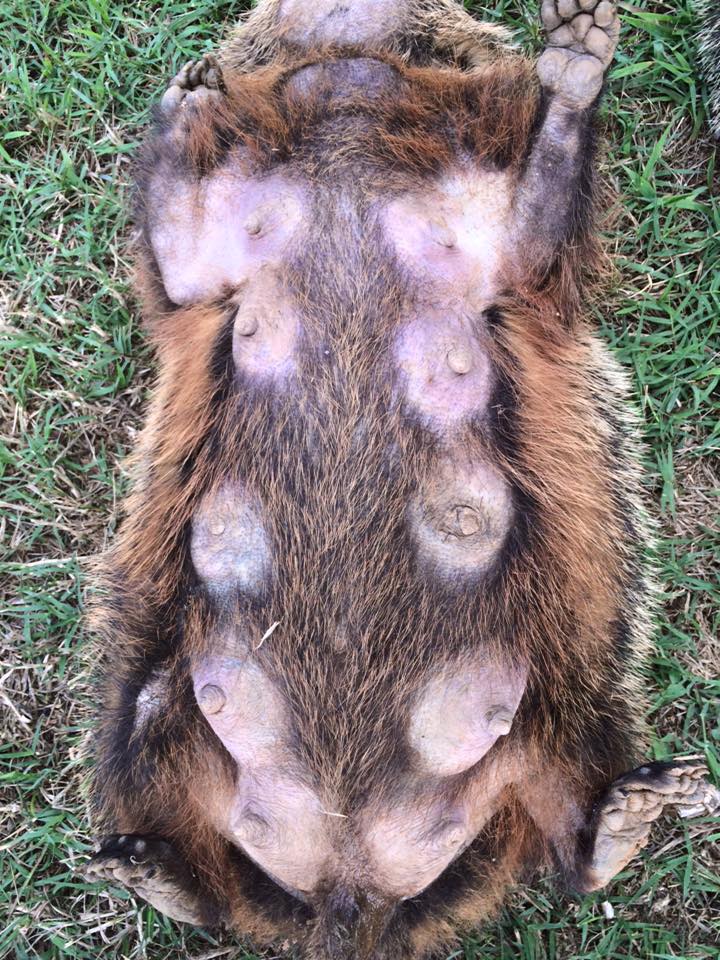