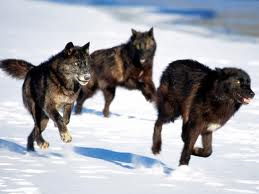 On June 30, the U.S. Fish and Wildlife Service rejected a petition by the Humane Society of the United States concerning the listing of gray wolves under the Endangered Species Act. The petition requested that the status of gray wolves across the contiguous United States be changed from “endangered” to “threatened,” excepting Mexican wolves in the Southwest, which would remain as endangered status. HSUS couched this request under the guise of attempting to appear moderate and in search of compromise. Neither is true and the Sportsmen’s Alliance applauds USFWS for seeing it as an unwarranted smokescreen.

“This petition was nothing less than the radical HSUS trying to push its agenda on yet another wildlife management issue that they are in no way qualified to deal with,” said Nick Pinizzotto, Sportsmen’s Alliance president and CEO. “There is no room for misguided emotion when it comes to managing wildlife, and USFW clearly agrees.”

By proposing to list wolves as threatened, HSUS hoped to split the powerful alliance of sportsmen, agriculture and wildlife professionals. Under a “threatened” listing, more leeway exists to manage wolves preying on livestock. However, this “compromise” is not based on facts or science, and would, as a practical matter, would prevent proper wolf management that includes hunting.

With wolf populations rapidly expanding, and no other scientific reason to keep gray wolves listed under the protections of the Endangered Species Act, USFWS correctly rejected the petition.

“This petition is just another example of the tactics these groups will use to manipulate the Endangered Species Act,” said Evan Heusinkveld, vice president of government affairs for Sportsmen’s Alliance. “FWS has once again correctly found that there is no evidence that wolves outside the Southwest are either threatened or endangered.”

Not only has USFWS rejected the petition, in their evaluation of the evidence, they found that hunting is not a threat to wolves because state management plans put limits on hunting if population levels drop – just as with every other species of wildlife throughout the nation that enjoys scientific management.

In February, the Sportsmen’s Alliance and our partners appealed a misguided and shortsighted federal ruling made on Dec. 20 that put wolves back under federal protection.

“The court’s decision to reinstate federal protections until wolves recover across the entire country is not only misguided, it ignores years of policy to the contrary,” said Heusinkveld. “It’s clear to everyone involved that wolves have not only recovered, but are growing. But the real story here is that HSUS and their allies can’t stand the thought of a wolf hunting season. Instead, they are bound and determined to waste hundreds of thousands of taxpayer dollars in legal costs to prevent proper management of wolves.”

This article was originally posted on July 8, 2015 at: http://www.ussportsmen.org/news/hsus-petition-fails-to-fracture-alliances/