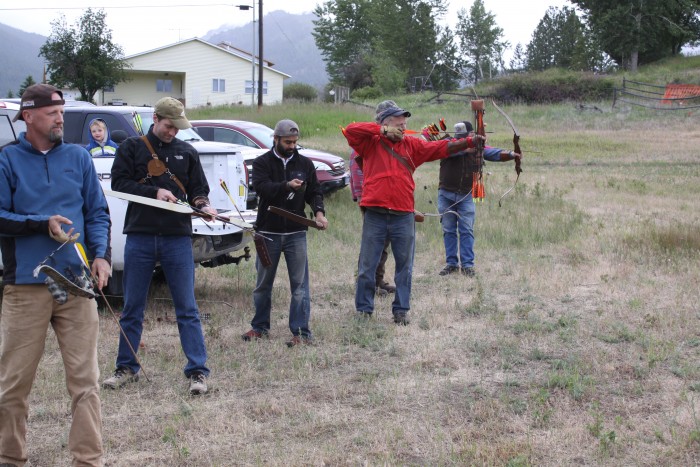 Improve Your Bow Shooting With Video
By Toby Trigger

The difference between tight groups and sloppy shooting is shooting form.

Assuming your bow is tuned and sighted properly accuracy is dependent on one thing: you.  A few weeks ago while teaching bowhunter’s education in Hamilton a fellow instructor Becky Doyle used her camera phone to video tape students while shooting their bows to help them see their shooting habits.  “Instead of explaining the errors, shooters can see what they are doing that’s preventing them from accurate shooting.” said Doyle.

This holds true for anyone shooting a bow.  In fact I’ve used it recently to help hone in on my accuracy even after over two decades of archery I benefitted from technology. 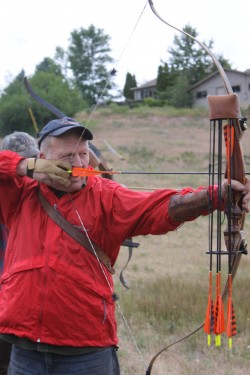 Dale Dye, champion shooter and Owner of Trails End Recurves anchors in the same place, every time for accurate shooting.

Here’s a few tips on using a camera to improve your shooting:

1) Using perfect form have someone (preferably an experienced archer) stand next to you with a video camera close enough so that you are in full frame.

2) Video yourself shooting three arrows at the same yardage from both sides and from behind and be sure to capture arrow flight all the way to the target.

3) After each shot tell the camera where the arrow hit.  For example; “High Right” or “Low Left”.  Also note any observations in arrow flight, or how the arrow hits the target.  Is it straight on? Arrow nock pointed to the left?  To the Right?

4) Review the footage and watch for flaws in your form and how they relate to shot placement and arrow flight. 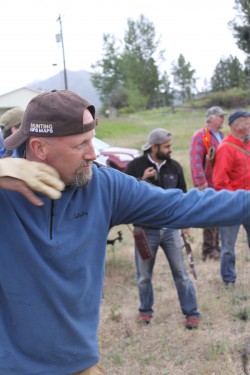 Having a consistent release where your hand follows the same path after the shot is part of a repeatable “follow through” which is necessary for accurate shooting. 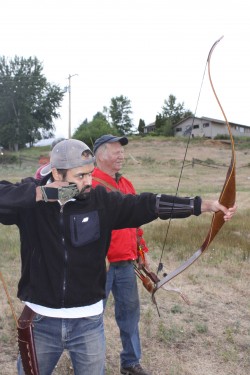 Bow arm hand positioning after the shot can impact accuracy as much as any other factor. Every aspect of your shooting form should be analyzed.

By using a video camera to video yourself shooting, the need for improvement become apparent very quickly.  This is perhaps the fastest and most accurate way to help someone visualize their mistakes putting them on the road to shooting success almost immediately.