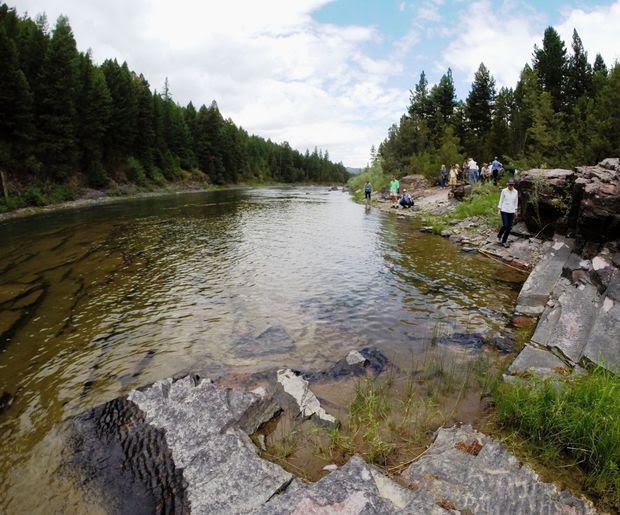 Perhaps no other river in Montana is as well-known as the Blackfoot. Sure, the Bighorn and Madison are staple stops for anglers, but the Blackfoot is known to a much wider, non-fishing following. That’s largely due to Norman Maclean’s novella, “A River Runs Through It,” and the movie based on the book that came out in the 1990s starring Brad Pitt. Following that film’s release, fly fishing in Montana jumped by 60 percent for the next two years. Several of the scenes in the book and movie are set on the Blackfoot River. Last week I took a tour to a few of those spots with Jerry O’Connell, who lives along the river, is a fan of the book and has sought out the possible locations mentioned in some of the book’s scenes. He also tells his own stories along the way that are just as fascinating as the book.

To learn more about the tour, see my story in The Billings Gazette at: http://bgz.tt/rz92o