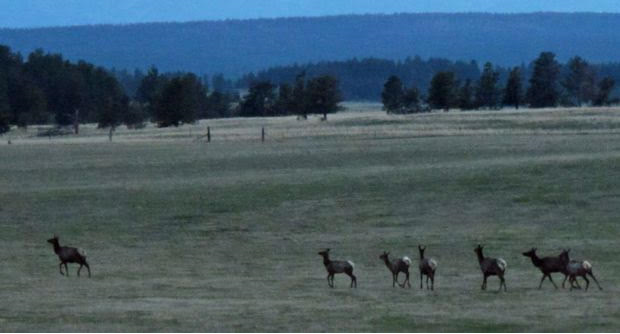 The largest private landowners in Montana have released details of how much land they may open to managed public hunting if the BLM agrees to consider their proposed land exchange. Dan and Farris Wilks’ representative Darryl James outlined the idea at a recent meeting of the United Property Owners of Montana. Under the proposal, the Wilkses are considering opening 16,000 acres in the Little Snowy Mountains south of Lewistown in two large parcels. But James said the deal is all contingent on the BLM taking up the brothers’ land exchange proposal, which has been unpopular with hunters in Lewistown and around the state. Although the acreage is sizeable, hunters worry that once the Wilkses got the land exchange approved, the public hunting access would go away. James said the access would continue in perpetuity as long as “people are respectful.” The acreage detailed is next to the Wilkses N Bar Ranch, which harbors a growing population of elk in Hunting District 411. To read more about the proposal, see my story in The Billings Gazette at: http://bgz.tt/jvk18
(Written by Brett French – Outdoors Editor for the Billings Gazette)