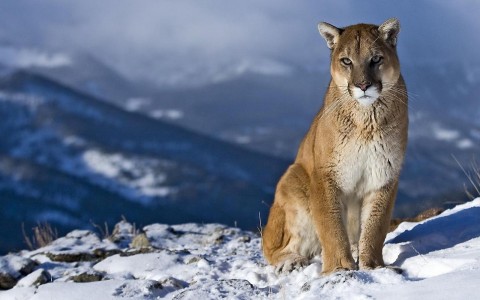 Nothing gets the anti-hunting, anti-trapping, anti everything crowd fired up like large predators.

And it’s fair to say the same for many mountain lion hunters.  I never heard of any wolf hunters disapproving the trapping of wolves but there are hounds men who hunt mountain lions who don’t like the thought of their favorite game animal being pursued any other way than with hounds.  For many land owners though, hounds running through their property and chasing lions onto their neighbors property and their neighbors – neighbors property causes more conflict than other means would like say, trapping.

When faced with rising numbers of mountain lions in areas where hounds men just couldn’t get the numbers down the New Mexico Fish and Game Voted Unanimously to allow trapping of lions and to liberalize the seasons.  According to the AP :

“SANTA FE (AP) – The state Game Commission has voted unanimously to approve the expansion of cougar and bear hunting in New Mexico.

The vote came Thursday during a meeting in Santa Fe that was attended by dozens of wildlife advocates who voiced concerns about the proposal.

The new rules will allow for more black bear hunting in all but two of the state’s game management districts as well as the doubling of cougar hunting limits. The trapping and snaring of cougars on private land and state trust land will also be allowed without special permits.

The Game and Fish Department says new population data warranted an update of the hunting limits.

Critics argued that the department’s plan wasn’t based on science and that more hunting will have negative long-term effects on animal populations.”

There are areas in Montana where landowners faced with the inability to manage the lions on their property have requested something similar.  What do you think about this?