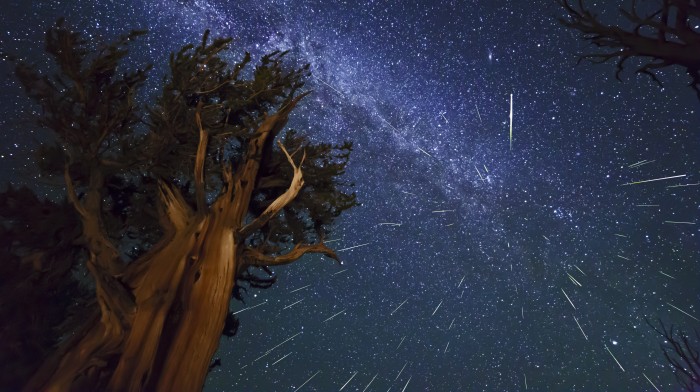 One of the Brightest Meteor Showers of the Year Is Peaking TONIGHT!
By angelamontana

Check out this post from iflscience.com regarding the meteor shower that started its peak last night:

It’s almost time to watch the annual spectacular Perseid meteor shower, one of the brightest meteor showers of the year.

And even NASA recommends this as a must-see: “If you see one meteor shower this year, make it August’s Perseids.”

The comet Swift-Tuttle travels through our Solar System every 133 years, leaving a dust trail in its wake. When Earth passes through, the dust cloud specks hit its atmosphere, causing the Perseid meteor shower, which happens annually between July 17 and August 24.

This year, the meteor shower will be most visible at its peak activity from Sunday (August 9) until August 14. If you’re looking for the optimum window to view the meteor shower, you’ll want to be looking to the skies during the early hours of the morning at the showers’ peak on Tuesday (August 11).

The shower will be so bright against the night, you won’t even need binoculars or a telescope, and with no moonlight during its peak activity this will be one of the best year’s to observe it.  “Remember, your eyes can take as long as 20 minutes to truly adapt to the darkness of night,” said EarthSky.org‘s Bruce McClure. “So don’t rush the process.”

To spot the shower, look for the constellation of Perseus in a northeast direction. Not an astronomy aficionado? Perseus forms a ‘Y’ shape in its stars. The meteors will appear to shoot outwards from that cluster.