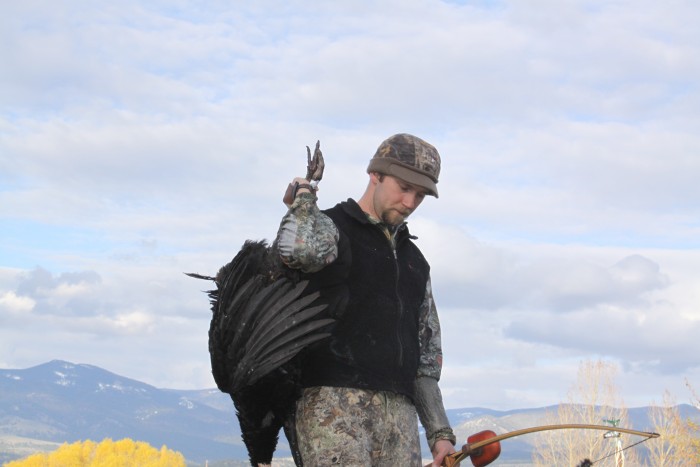 Changing Public Perception About Hunting in California
By Toby Trigger

When looking at policy, it’s clear that California has become a state that doesn’t support hunters or conservation activities. Is it possible that anti-hunting policies are passing because Californians lack education around the importance of hunting? How can we create a dialogue that includes non-hunters as a means to protect hunters’ rights?

With a strong financial backing in Sacramento for organizations like the Humane Society of the United States, the largest animal-rights’ lobbying organization in the country, whose attempts to make all hunting illegal in California have been well received, California hunters are losing their ability to participate in activities that define them as a community.

As a result of these hunting restrictions, California has experienced wildlife management issues, devastation of local businesses and economies, the appropriation of public lands for non-public usage, as well as the destruction of one of the greatest outdoor legacies in the country.

To protect hunting in California, we need public support. In order to gain public support, the perception of hunters must change in the eyes of the public – it must become positive and applicable to them. How do we even start to engage the general public in a state where hunters are not well received? We talk about something that is relevant to everyone: food.

If we think back to even just 50 years ago, emotional responses around food were quite different then they are today. The acquisition of food has changed immensely and our relationship to life and death has morphed from a matter of survival to one of indulgence.

Consumer culture has pre-packaged our sustenance, removing the emotional response to taking life in order to sustain life. This has re-shaped the way we identify with food and food sources and has often led to the demonization of the hunter. In turn, this has helped shape current attitudes and perceptions of hunters, trappers and anglers in California, which has then influenced policy in the state.

Food acquisition has changed so much that we think it is “normal” for food to come in Styrofoam, plastic or cardboard containers with packaging that boasts various foodie lingo, like “grass fed beef” (Umm…hello!?! Ruminants are supposed to eat grass!). The fact that this is the norm exemplifies the disassociation we have with our food. When food is easily acquired without having the relationship to producing it, the process of production becomes a forgotten part of cultural memory, including how to hunt, fish or trap.

Something has been removed from our lives. The connection to our food has become mechanical and distant both in practice and in policy. We now rely on someone else to do the killing, picking, growing, washing, cutting and, often, even the cooking of our meals.

Likewise, we are depending on someone else to write the legislation and pass the policies that govern our food and food sources – be it usage of public land and water in California for hunters, trappers and anglers, or the rules governing one of California’s largest industry: agriculture. Ultimately, we are allowing someone else to make decisions for what ends up on our plate and how it gets there – and that is relevant to everyone.

I also believe that pro-hunting policies will enjoy more support from the public, and consequently, conservation activities and organizations will experience increased support as well. It’s even possible that more of the public will try wild game meat and fish as an alternative to prepackaged foods, and maybe even participate in consumptive outdoor recreation activities.