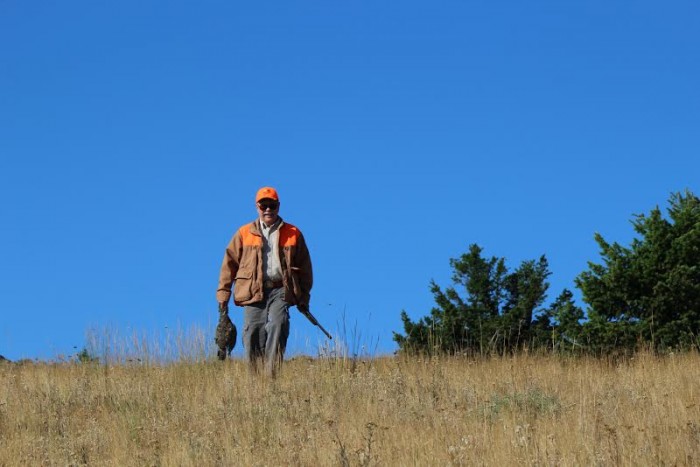 The 2015 Upland Game Bird season opened a few days ago on Tuesday, September 1. I, like a many other shotgunners, went to the woods in search of the wary grouse. Recently, Gramma Smoothbore and I relocated to Broadwater County after nearly 45 years in Zootown.  I was born and raised in Townsend and

we felt the area would be a great place to spend our “golden years.”

In past columns, I’ve described my preference for Browning® shotguns and the gun I carried on the Upland opener was my 20 gauge Gold™ Fusion. The Browning® Gold line of shotguns was the forerunner of today’s Silver™ and Maxus™ lines of gas operated semi-auto shotguns. There were many models of Gold™ guns available including the Fusion. The Fusion came in a clam

-shell hard case and included 5 Invector™ chokes, Hi-Viz® interchangeable fiber optic sights, oiled finished stock and forearm (you can see in the accompanying photo mine has gorgeous wood). The Fusion also has a somewhat elevated rib that, as a target competitor, I really like. This feature raises the point of impact allowing me to keep the target or game bird in sight. My 20 gauge weighs just a bit over six pounds and carrying it in the altitudes where blue grouse live is a comfortable experience. 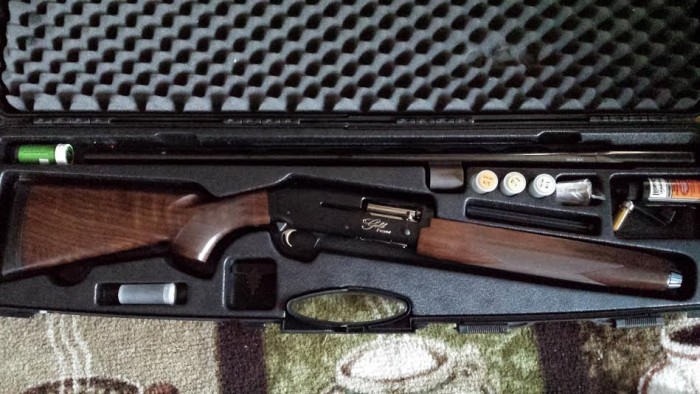 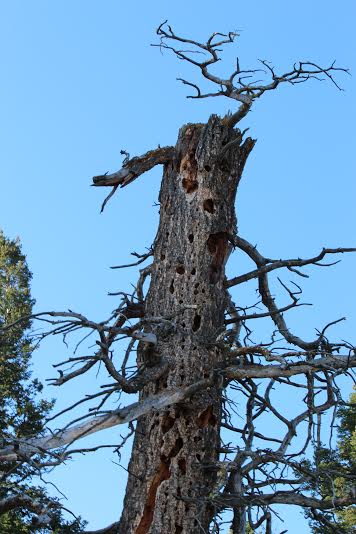 The ammunition I usually use in this gun is Federal® Game Shok™ Hi-Brass loaded with one ounce of number 6 shot. This is a 2 ¾ dram equivalent load rated at 1220 feet per second; more than ample medicine for grouse. I used an improved modified choke.

We left our temporary home, at daybreak on the 1st, eventually taking a trail to the top of a mountain in the Big Belt range that I hunted on when I was a youngster. Access to this mountain is quite good in the early fall and we found ourselves on top in no time at all. A bit of haze filled the valleys, but the view in all directions was spectacular and we could see as far as 50 to 60 miles in many directions. 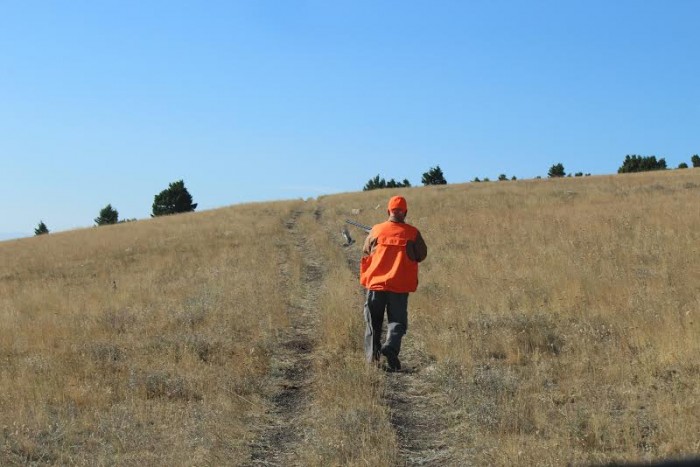 Moving along on the very top of the mountain ridge, we came across a covey of blue grouse (the official FWP name is “dusky”). I loaded up my little 20 and approached what turned out to be 6 or 7 birds. Reconstructive hand surgery last November and our recent move has kept me from shooting as much as I would like, so I knew I’d might be a bit rusty when the birds flushed. I was right; when the birds flushed I only brought down one; 3 shots hitting only air. After retrieving my bird, I went after a few that settled about 50 yards up the ridge. I flushed them again and this second time I got one quick shot off, dropping a very nice blue grouse. 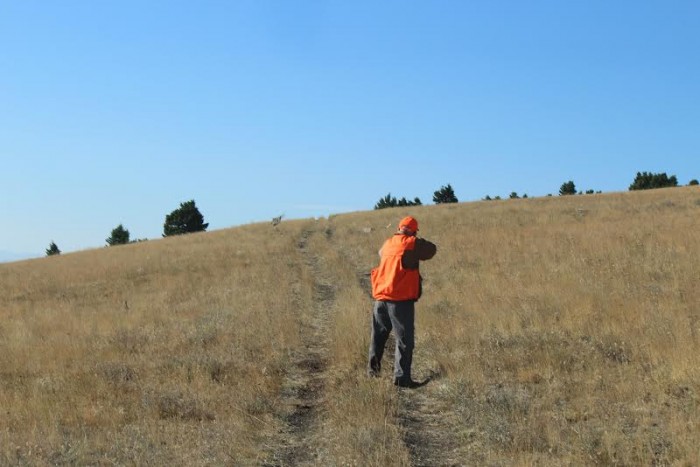 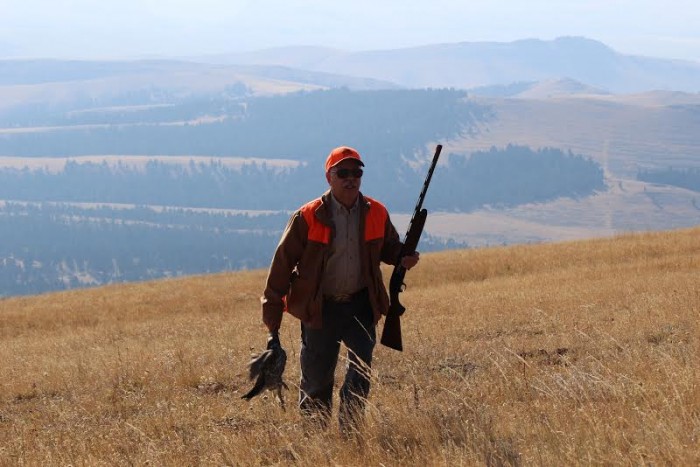 It was one of the most enjoyable grouse openers of my 50 plus years of hunting. My wife enjoys photography and supplied some of the photos that accompany this post. We spent the day enjoying the woods, occasionally chatting with other hunters, and I told her many stories of hunts past.

We are living in what I call a “plastic box,” most other people refer to it as a “motorhome.” I guess the RV lifestyle really isn’t my bag. We are located in the woods about 15 miles from town. The neighbors are a 4 point mule deer, a hen turkey with 4 little ones in tow, and a brown guy I refer to as “Yogi.” It’s been fun to wander through some of my old haunts and rekindle memories of past hunting and fishing trips. I guess one can go home again.